A vision in the front window

3 De Witt Street Battery Point is one of two Victorian Italianate houses built in the mid 1870s. 1 and 3 De Witt Street are virtually identical houses but ‘mirror’ reversed. They are essentially solid brick on sandstone foundations with a slate roof and 3 dormer bedrooms. 3 De Witt Street has had a varied and colourful history and apart from the obvious use as a residence it has been used as rental accommodation for the then nearby Queen Alexandra Hospital, an antique shop and even a brothel. We are told from some older residents (who will rename nameless) the ‘madam’ did sit at the front window seeking custom!

An interesting feature is the drive-way that serves both 1 and 3 De Witt Street because ownership of the driveway remains in the ownership of the original subdivider from the 1870s. In a strict legal sense this driveway is currently owned by the heirs of the original subdivider …. probably hundreds of people …. now 150 years later. Both 1 and 3 De Witt Street have right-of-ways over the driveway thus access is no problem and there appears little reason to change the situation albeit there is an Act of Parliament….the Abandoned Lands Act…that could be used to transfer the driveway equally into the titles of both properties.

3 DeWitt Street has been completely renovated retaining all original features so as to retain the integrity of the original building. A contemporary living and kitchen area has been added to the rear but designed so as not to be seen from the street or impact unduly on the original house. Renovations included the usual ‘head-aches’ of removing asbestos, old gas pipes, re-wiring, re-plumbing, re-plastering and of course attending to ‘rising-damp’ issues. Evidence of a much older structure at the back of the house was uncovered during the renovations. The owner hasn’t found a ghost yet but is determined when he dies that he will remain and haunt the place if only to get even with the renovation nightmares he has endured over the past 15 years! 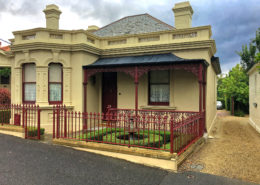 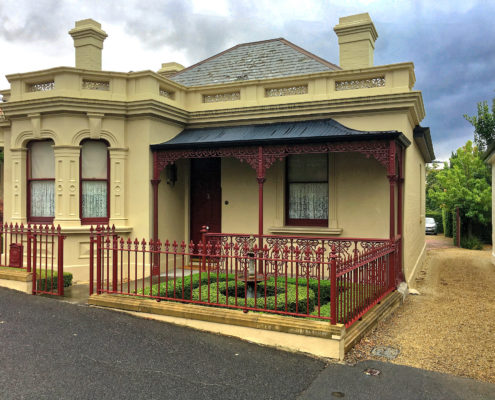 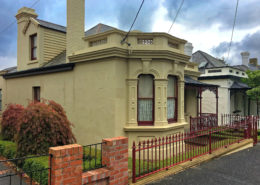 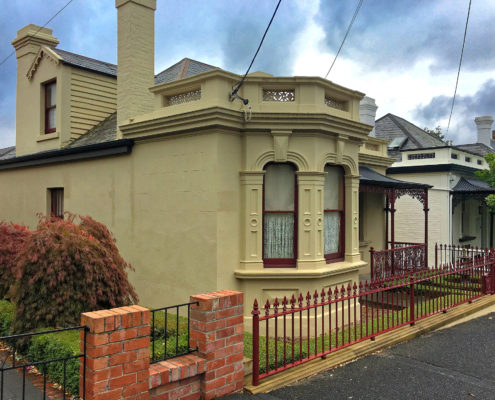 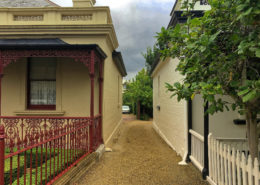 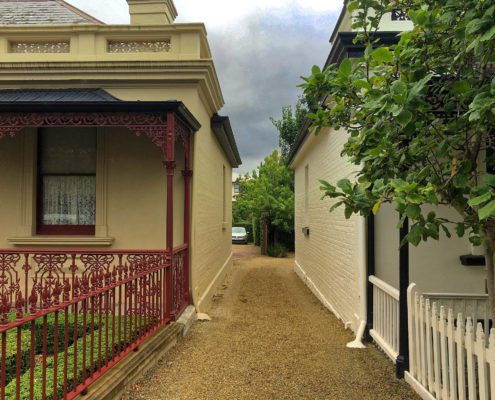 Back to stories
The Foster 10