The delightful street garden along Marine Terrace is much admired by locals and visitors who pass by it when walking through Battery Point.  The garden was established on a rough piece of ground by Mrs Clarice Hurt in the early 1950s when she lived with her daughter Bernicé Herbert at 5 Marine Terrace. Hobart City Council officers cleaned out the rubble and Mrs Hurt spent several hours every day over six years to create the garden. Many plants came from the gardens of friends but Mrs Hurt and Bernicé also purchased plants. The original crab apple tree is still in the garden.

With the death of her mother in 1960, Bernicé became increasingly involved in the garden, which she maintained by herself for 37 years until 1997, when she moved away from the street. During these years, Bernicé became an unofficial ambassador for the city. She greeted tourists, told Battery Point stories over cups of tea and consequently received postcards from admirers all over the world. She purchased many plants and worked closely with Council on other improvements such as fencing, stairs and a watering system. Bernicé was instrumental in the development of friendly relationships among residents in the neighbourhood who held her in high esteem.

Following her departure from Battery Point, residents in Marine Terrace have maintained the garden by organising regular working bees and working with the Council, thus sustaining the strong community spirit established by Bernicé.

The garden has been extended over the years and is filled with flowering plants, including scented old-fashioned roses, hydrangeas, hellebores, camellias, acanthus, bulbs, lily of the valley and Solomon’s seal. There are a number of attractive trees, including silver birch, liquid amber, flowering cherry, crab apple, garrya elliptica and Japanese maples, Mrs Hurt’s favourite trees.  Each has different seasonal features – autumn leaf tints, berries in winter, spring flowers and catkins.

Bernicé states that the period from late October to February is the most colourful time of the year in the garden. Keep this in mind when you are out walking and pay tribute to the dedicated woman who nurtured this wonderful community asset for all to enjoy. 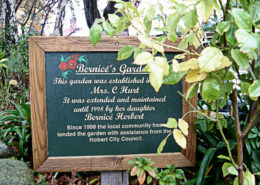 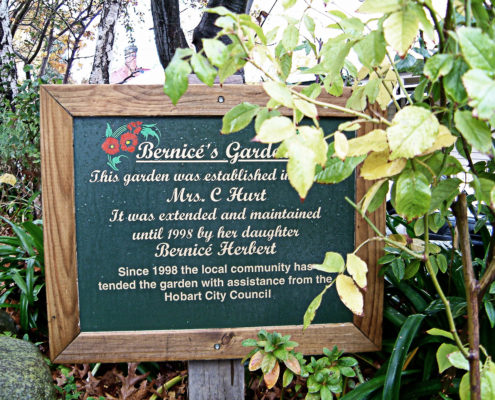 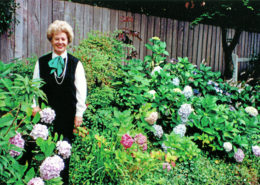 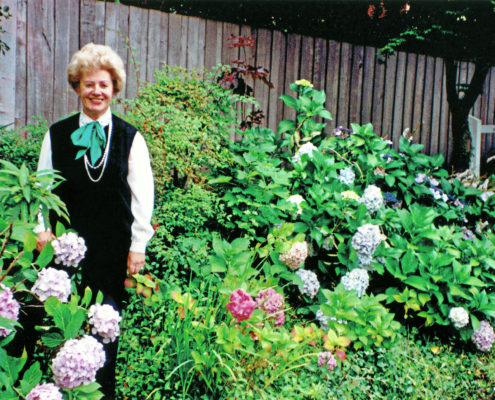 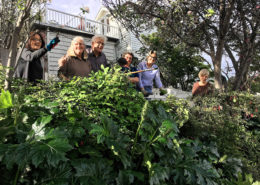 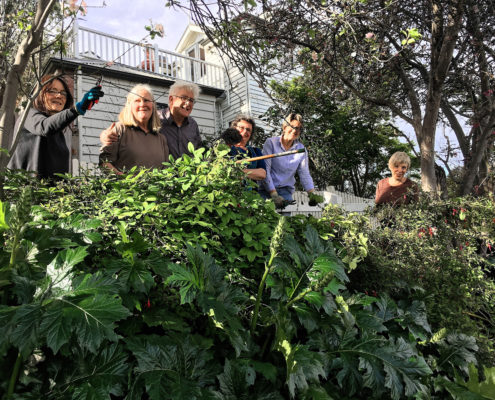 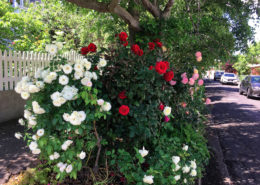 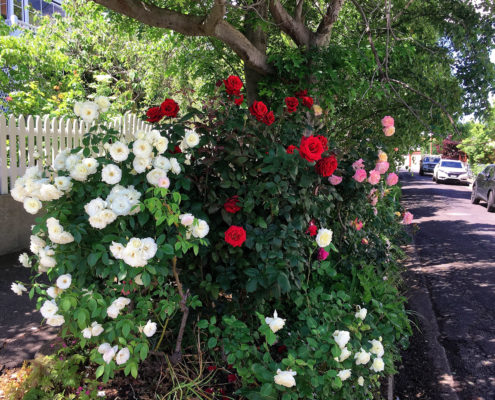 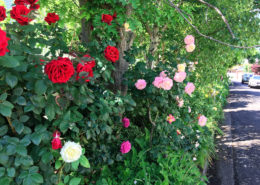 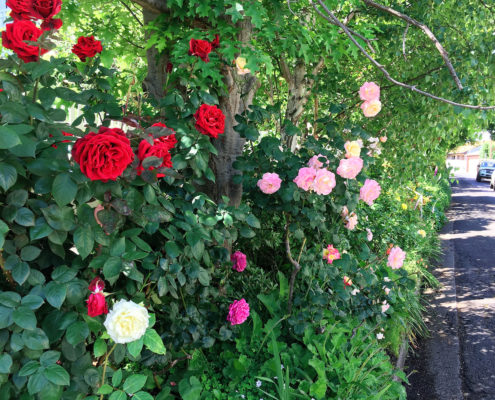 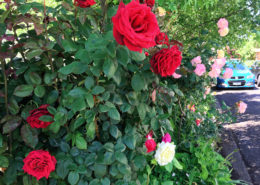 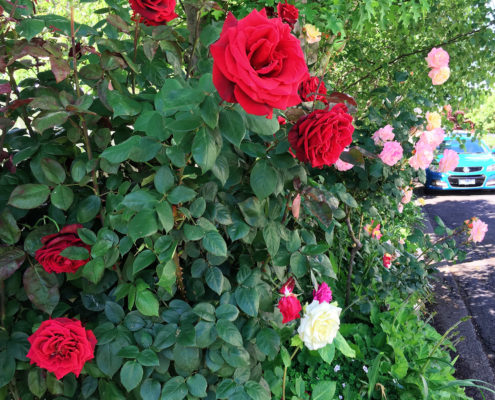 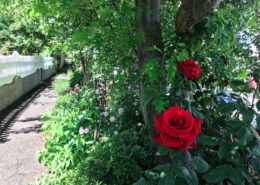 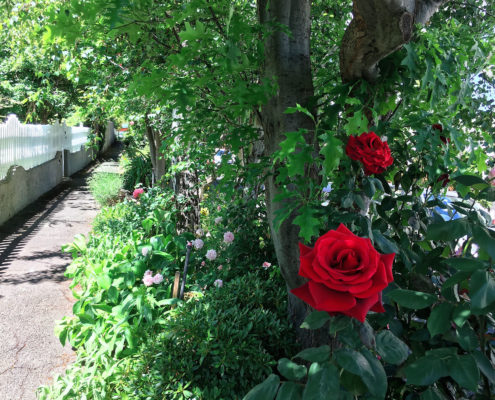 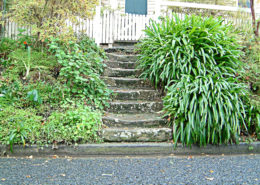 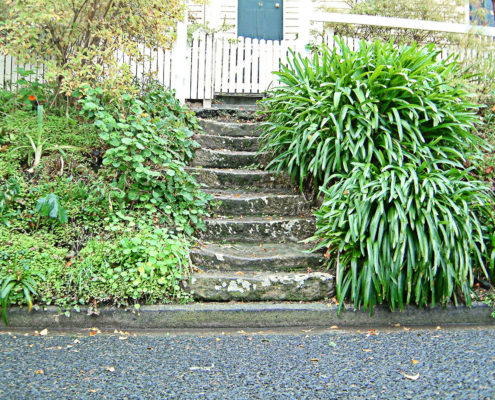 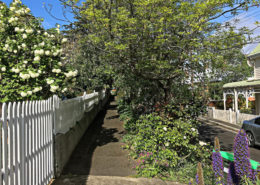 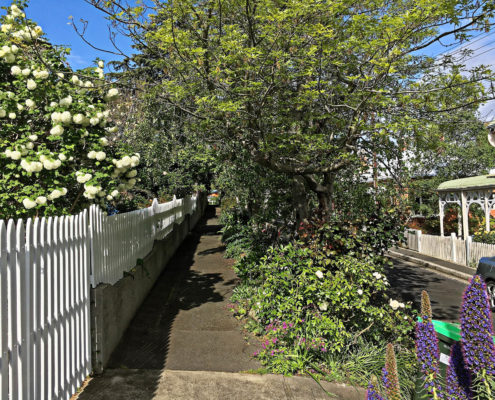 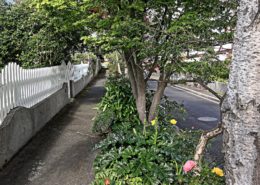 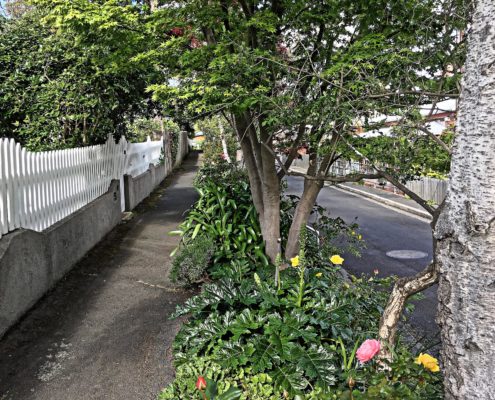 Back to stories
A vision in the front window