This story was written by Trevor Graham, who currently owns Number 1 Sloane Street with his partner Rundi Larsen. 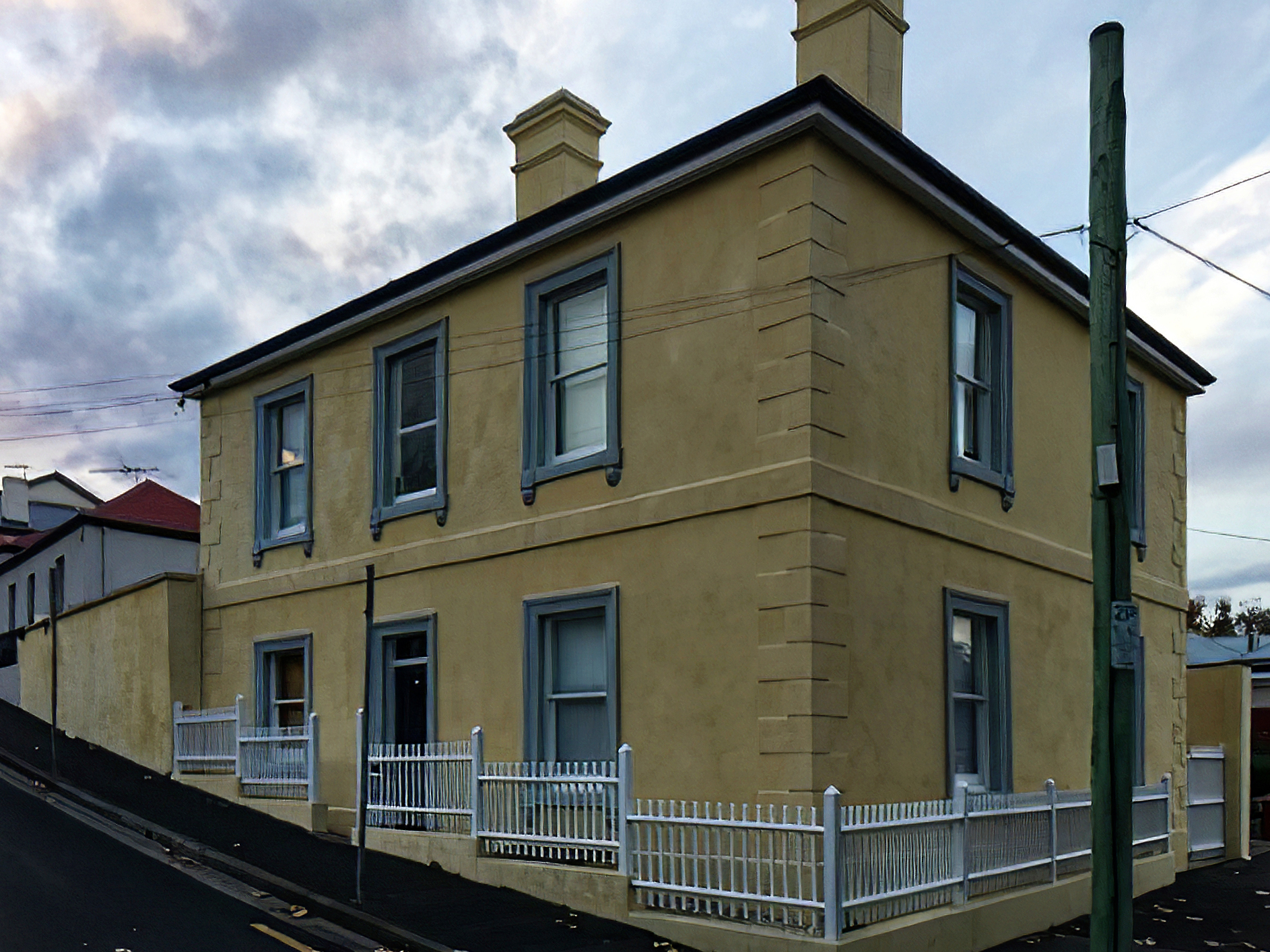 Number 1 Sloane Street, the two-storey Georgian-style house standing on the corner of Sloane and Napoleon Streets, was constructed circa 1839. It began life as a stately home for prominent early citizens of Hobart Town. However, if its 450mm thick walls could talk, they could testify to a chequered history that included plumbing the depths of depravity as one of the most insalubrious inns in Tasmania during the second half of the 19th Century.

The following is an abbreviated version of that history.

During the first decade of the house’s existence, the street presently identified as Sloane Street was named Trumpeter Street (originally formed in 1834). It was referred to as such in legal conveyancing documents until 1851. It was subsequently renamed after the street’s original occupant, James Sloane, and the Trumpeter name was reassigned to its present location.

An 1890 photograph and a sketch by A.T. Fleury, as well as structural details within the building itself, identify that the building had a corner door to Napoleon Street for at least the first hundred years of its life. This corner entry was a common design for early inns throughout the city and, when the property was advertised for sale in 1851, it was noted that building was always ‘intended for a public house’ (Mays 2014, Spirited, Skilled and Determined–The Boat and Ship Builders of Battery Point: 1835-1935, p.25).

The 6 Napoleon Street address is somewhat incongruous as all Napoleon street numbers on the northern side of the road are uneven. 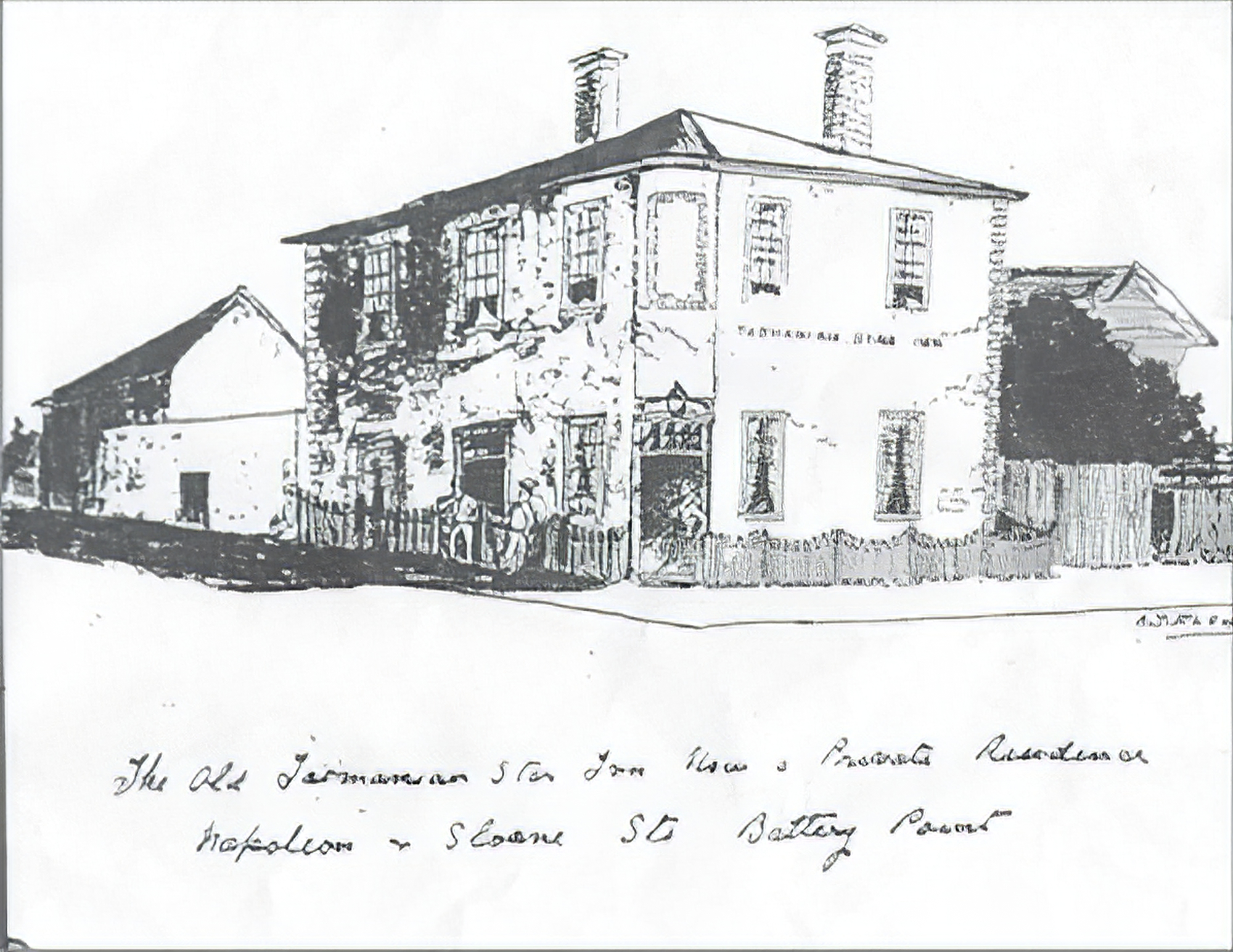 This sketch by artist Adrian Fleury is likely to be circa late 1930s and, therefore, shows some artistic license 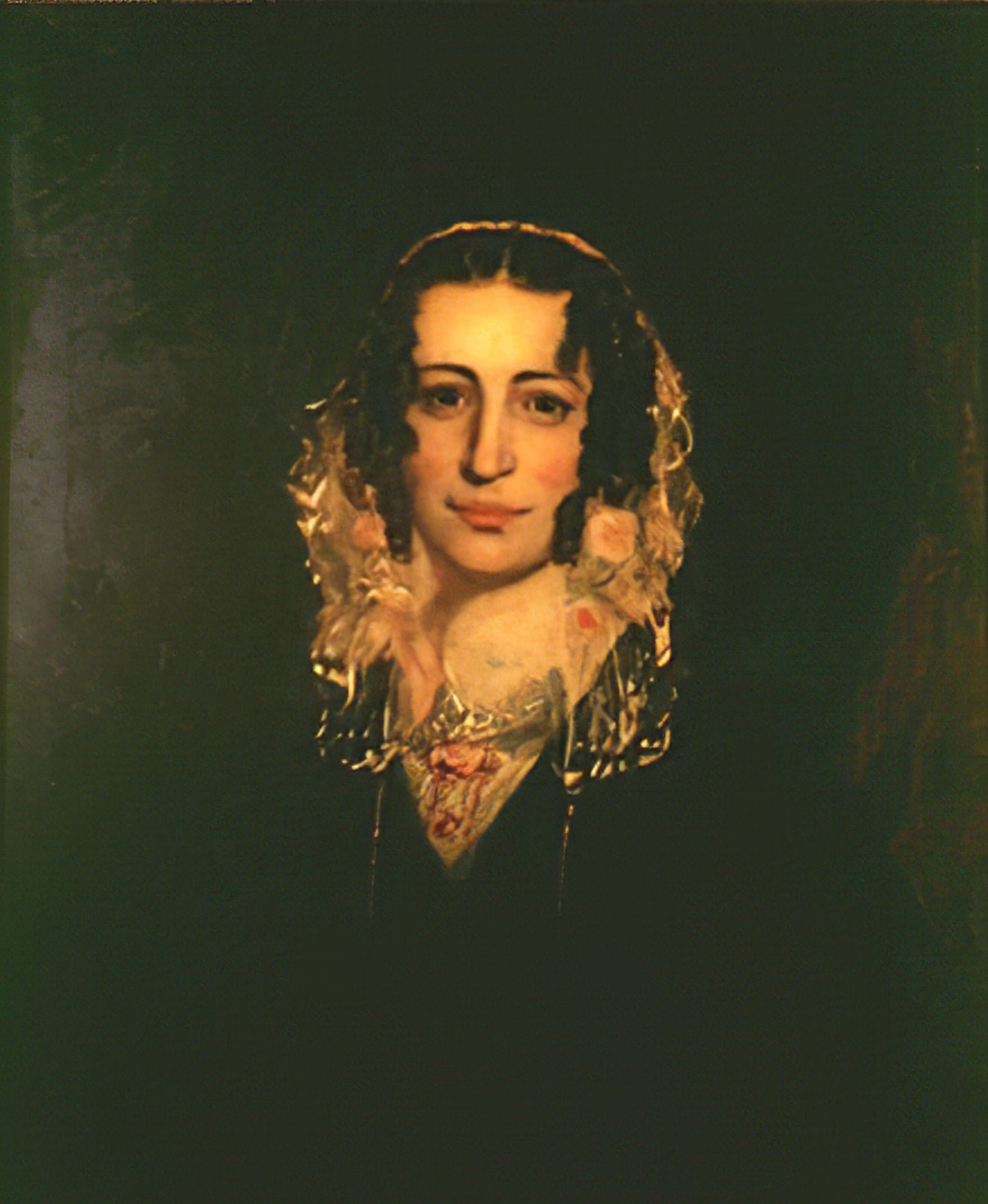 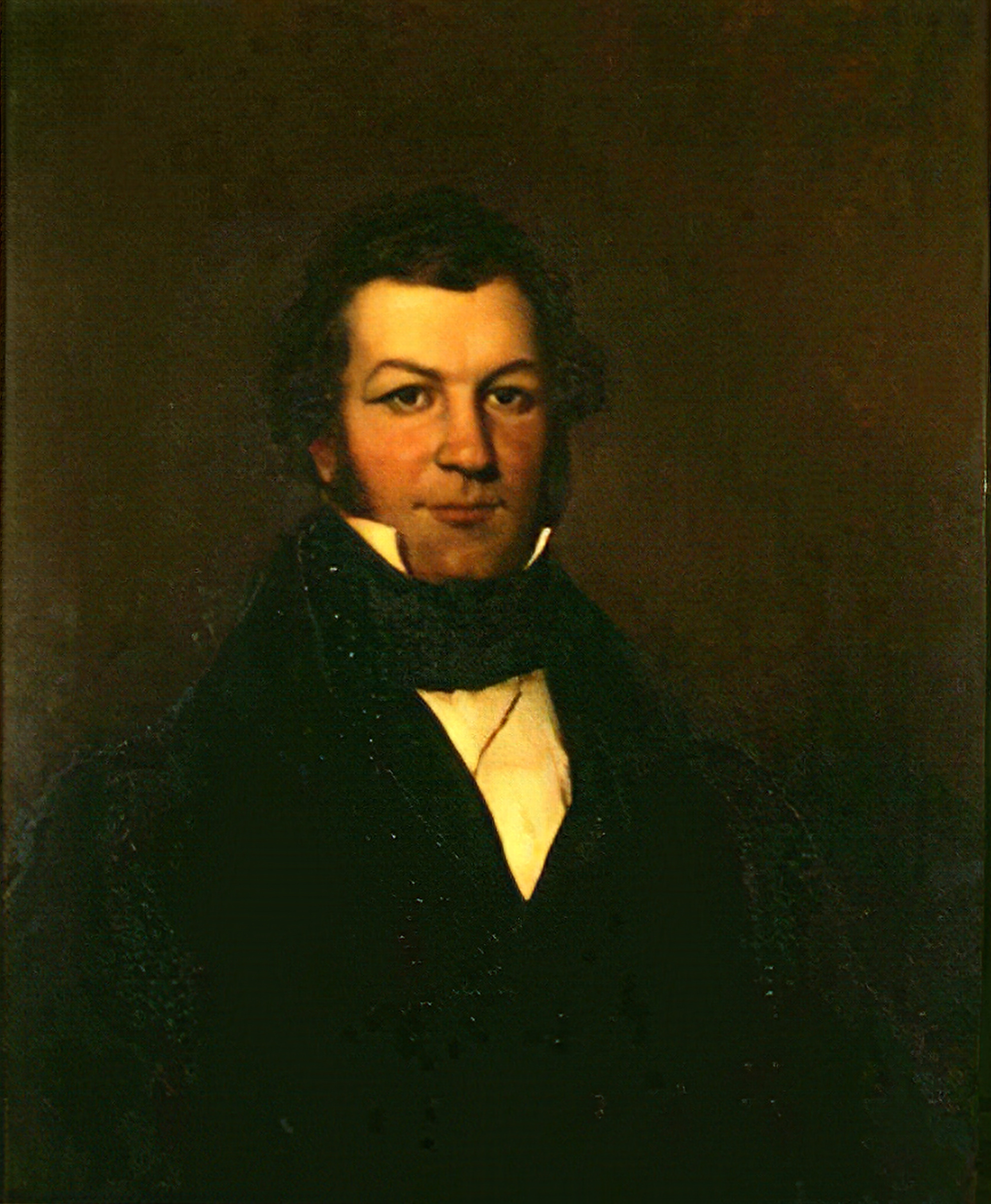 The building was constructed for Thomas and Mary Harbottle who had arrived in Hobart Town on the ship Medway with their infant son Charles (later the Lord Mayor of Hobart) in 1832.

Thomas had received a land grant that incorporated approximately half of the eastern side of Trumpeter Street (i.e. present Sloane St.) and, with the shipbuilding industry establishing across the road during the late 1830s, he may have sensed a commercial opportunity.

Thomas’s profession is described as Gilder / Glazier/ Painter (Ornamental) / Painter(sign) / Paperhanger, and he went on to become a prominent business identity with a store in Elizabeth Street.

Portraits of Thomas and Mary were painted by prominent, but temperamental, artist of the time Henry Mundy (also Munday) and displayed in the Allport Library and Museum of Fine Arts. Thomas’s painting was displayed in the 1846 Hobart Exhibition.

In 1849 the house was sold to iconic shipbuilder John Watson and his wife Mary.

The complete story of this man, who beyond shipbuilding was a great humanitarian and oversaw the building of a number of prominent Tasmanian structures such as the King Island lighthouse and many of Hobart’s main wharves, could occupy an entire book. During the period he lived in house, John Watson was building ships at his shipyard in the wharves across Napoleon Street (presently Taylor Brothers) and at two other locations. 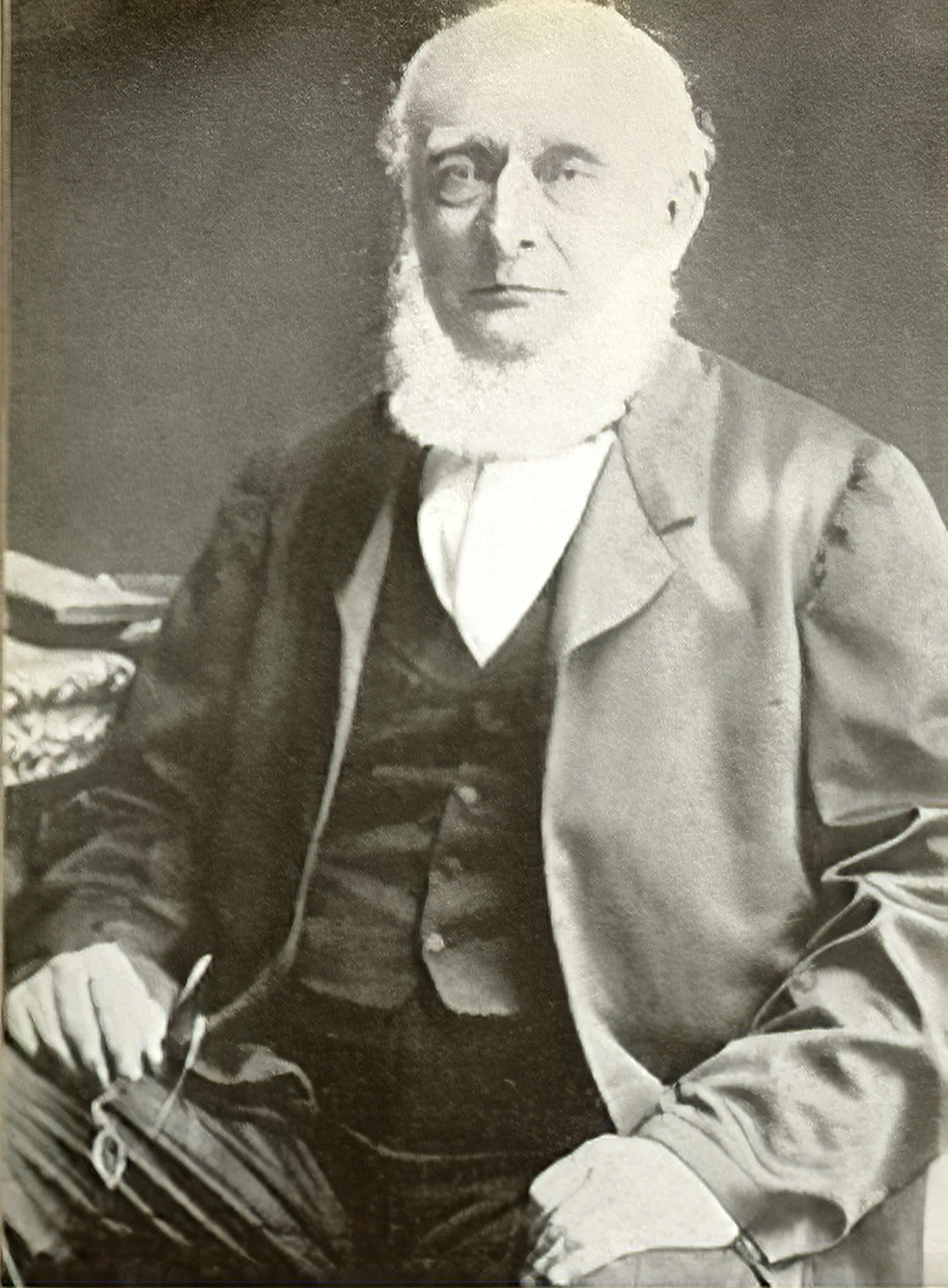 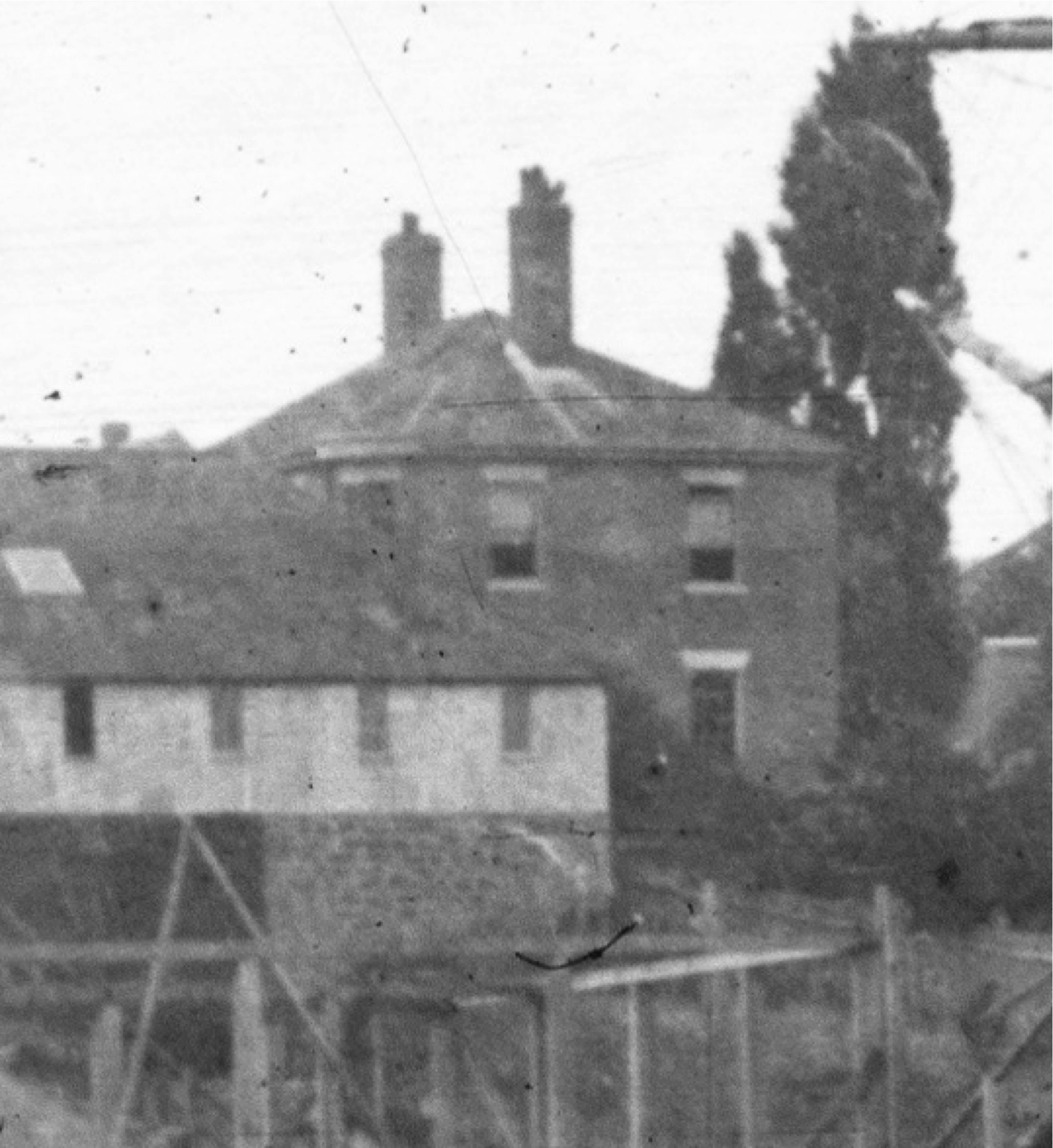 Excerpt from a photograph of a Battery Point Slipyard (1890) showing No. 1 Sloane Street

The end of 1856 was a defining moment in the history of the house as it marked the transition from a respectable private house to a disreputable public inn – the ‘Star of Tasmania Inn’ (A.T. Fleury’s sketch some 60 years after the inn closed incorrectly named the inn as the ‘Tasmanian Star Inn’). The following quote from Charles Wooley’s A Walk in Old Hobart gives some impression of the life of this establishment.

‘It starred as perhaps the toughest pub in town … Folklore says the Star was a hang-out of press gangs including women, paid by ships’ captains needing crew to get a likely-looking lad drunk, preferably unconscious … He would be carried along a tunnel sloping from or near the pub’s cellar to the bay. The lad would wake at sea, facing months of enforced crewing to England and elsewhere. The tunnel was a haunt, too, of members of the Flash Mob, incorrigible graduates in bawdiness from the Female Factory, South Hobart.’ (p. 42)

The house continued as the ‘Star of Tasmania Inn’ until 1873, after which it experienced a lengthy period of general decline as mixed accommodation usage including guesthouse and student accommodation.

In a reversal of fortune, the house was purchased in early 1997 by long-term, local resident Charlie Miller and partner Mirella Bywaters who, through great skill and commitment, authentically restored the house to its former glory.

In 2000, the house was purchased by Hayden and Julia Walters. They commissioned a team of builders and cabinetmakers directed by heritage builder / renovator Tim Holmes who completed the final stage of renovation works.

In 2016, 1 Sloane Street was purchased by Rundi Larsen and Trevor Graham.

At the time of writing it is pleasing to see that, as part of the resurgent recovery of Battery Point, the house has emerged from a long period of neglect to regain much of its former glory. 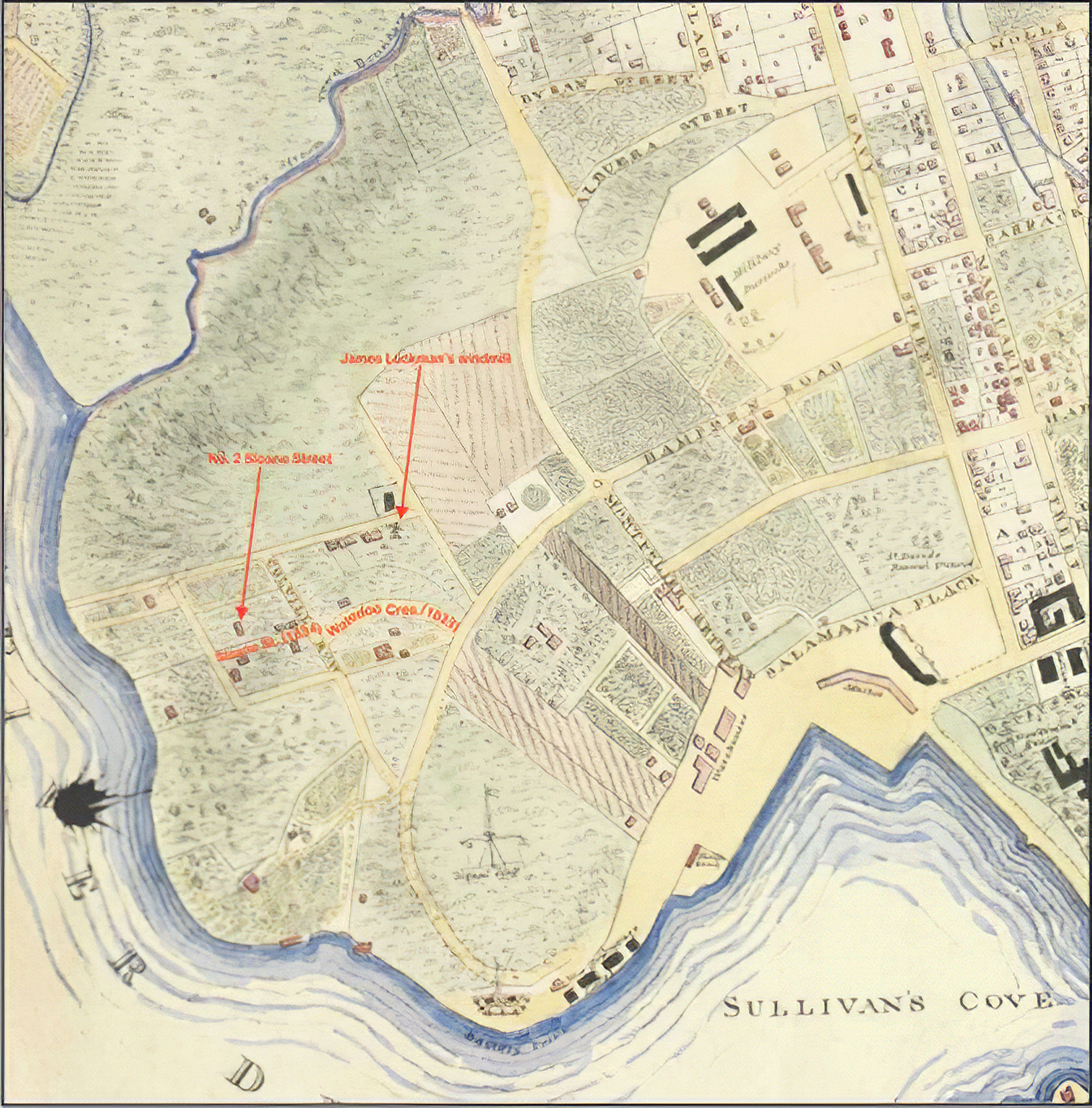 Circa 1838-39 colour rendering of George Frankland’s original 1836 map. Prominent structure, James Luckman’s windmill, features on this map; however, the landmark St. George’s church was not completed until two years later in 1838 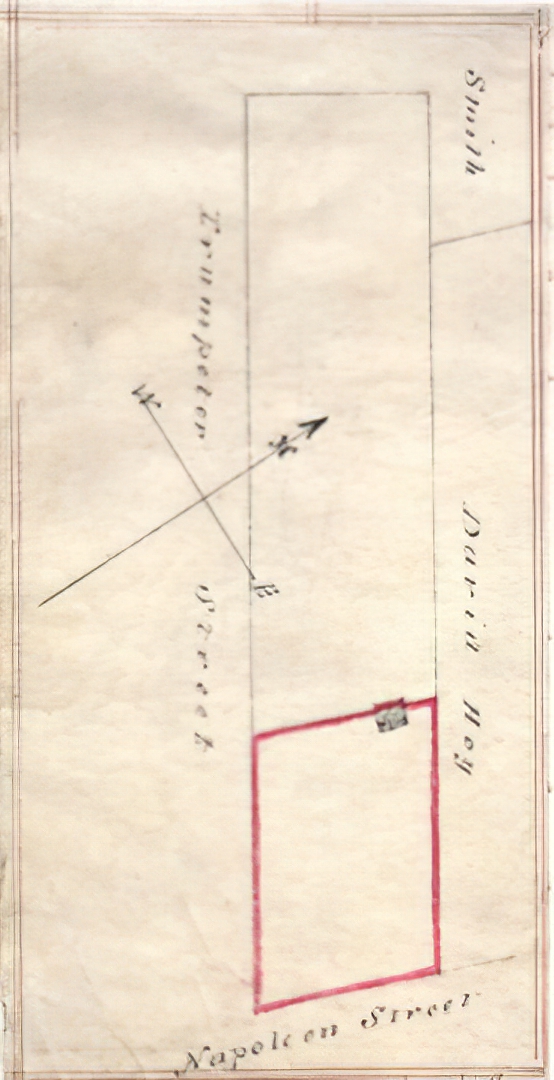 Back to stories
Conversation with Lord Mayor