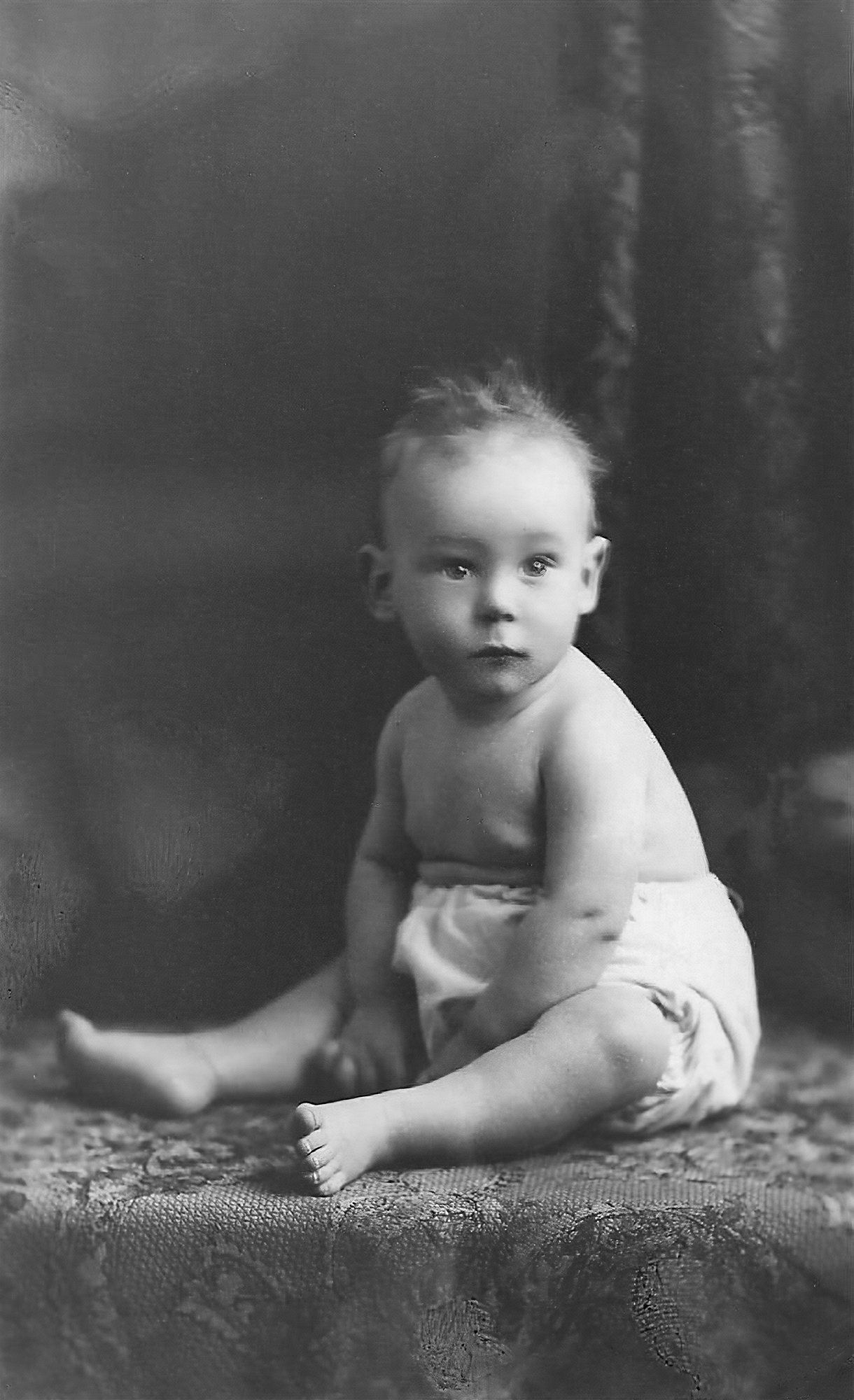 You wouldn’t recognise it as the suburb of today with its tidy cottages and well-kept streets. I would guess some 70% of the Battery Point houses in the 30s were landlord-owned with rent paying tenants, almost all of whom worked locally, either in the city, at the fruit processing factories of W.D. Peacock in Salamanca Place, at H. Jones and Co. IXL in Hunter Street, on the wharves particularly during the fruit export season, or at the slipyards and boatbuilding workshops at Napoleon Street, Battery Point.

The streets and footpaths were still gravelled, the gutters and edges were cobblestones, and traffic was almost non-existent. Kids could play cricket and hopscotch scratched out in the gravel, with no fear of cars rounding the corner. Only a few business people owned cars and they were usually centred along Mona Street or the western end of Hampden Road.

We had as many horses and carts travelling in the streets as we did cars. There was an excellent bus service that came around Castray Esplanade, along Hampden Road to Colville Street and up Colville to Cromwell. The bus then did a block down Cromwell, proceeded up Napoleon into St. Georges Terrace and then waited at the terminus outside Gleeson’s old farmhouse in Colville Street ready for the return trip.

The bus was well patronised but being so close to town a lot of people walked. The horse and cart traffic was usually the ‘rabbit man’, who had dozens of rabbits he had trapped overnight and lined up around the edges of the cart. He would skin the rabbit while you waited and keep the skin. The other regular with a cart and horse was the milkman who would ladle a pint or quart into your can, which was left overnight at your front door with the money alongside the can. When the kids were watching he would put your order in the billy can, then give about an egg cup full extra and say, ‘and a bit for the cat.’ Several times in recent years, it has been suggested to me that Battery Point was a real slum in those days with more ‘selective’ people tending to keep clear of the area unless it was absolutely essential to visit. I would usually counter that suggestion by pointing out that we could always leave our milk money out at night with the knowledge that it would be there for the milkman the next day. Could they do that in their suburb today?

The other regular tradesman, of course, was the baker with his bread all nicely covered to protect it from dust and flies.

Arthur Circus was a great place to play on a summer night. Kids would gather from all over the area and play marbles, hopscotch, chasings, skipping (either on their own or with a long rope with a group) and whatever happened to be the ‘in’ game at that time. Marbles, or alleys as they were most often referred to, usually took the form of little ring, big ring or ‘muck hole’, which could best be described as golf with marbles. A series of holes was made in the gravel with the heel of your boot and players went from hole to hole. If a competitor landed near the hole, you were in you were entitled to shoot at him from the edge of the hole. If you hit him that marble was yours.

Games generally followed the trend of summer and winter, and boys usually played marbles in the colder months and cards in the summer. The game of cards usually started with your selection of football or cricket players gathered from cigarette packets, often pasted to the back of cardboard to make them heavier. The idea was to get some three to four metres (about ten feet) from a wall, hold the card between your first and second finger and flick it towards the wall. The closest to the wall had the right to pick up all the cards and flick them up in the air as in Two-up, and all those coming down to the ground picture side up were claimed by the thrower. Whipping a spinning top was popular with boys in both winter and summer.

Tops could be bought, but if you were lucky you knew a skilled woodworker with a lathe and they would turn one for you. After going to the bootmaker, begging a hobnail to drive into the bottom point of the top, then finding a stick, lashing a leather lace to the end of the stick and mastering the art of flicking the top into a spin with fingers on one hand, you were ready to start whipping the top along the street.  At dusk it was usual to hear parents call the kids home and by dark the Circus was usually empty.

At that time Arthur Circus had a gravel road right through the middle providing two dusty hemispheres either side of the road. There was very little traffic because the Salamanca Place end was, and still is, quite steep and the 1930s cars and horses tended to keep clear and travel instead along Hampden Road where the main village shopping centre was located. 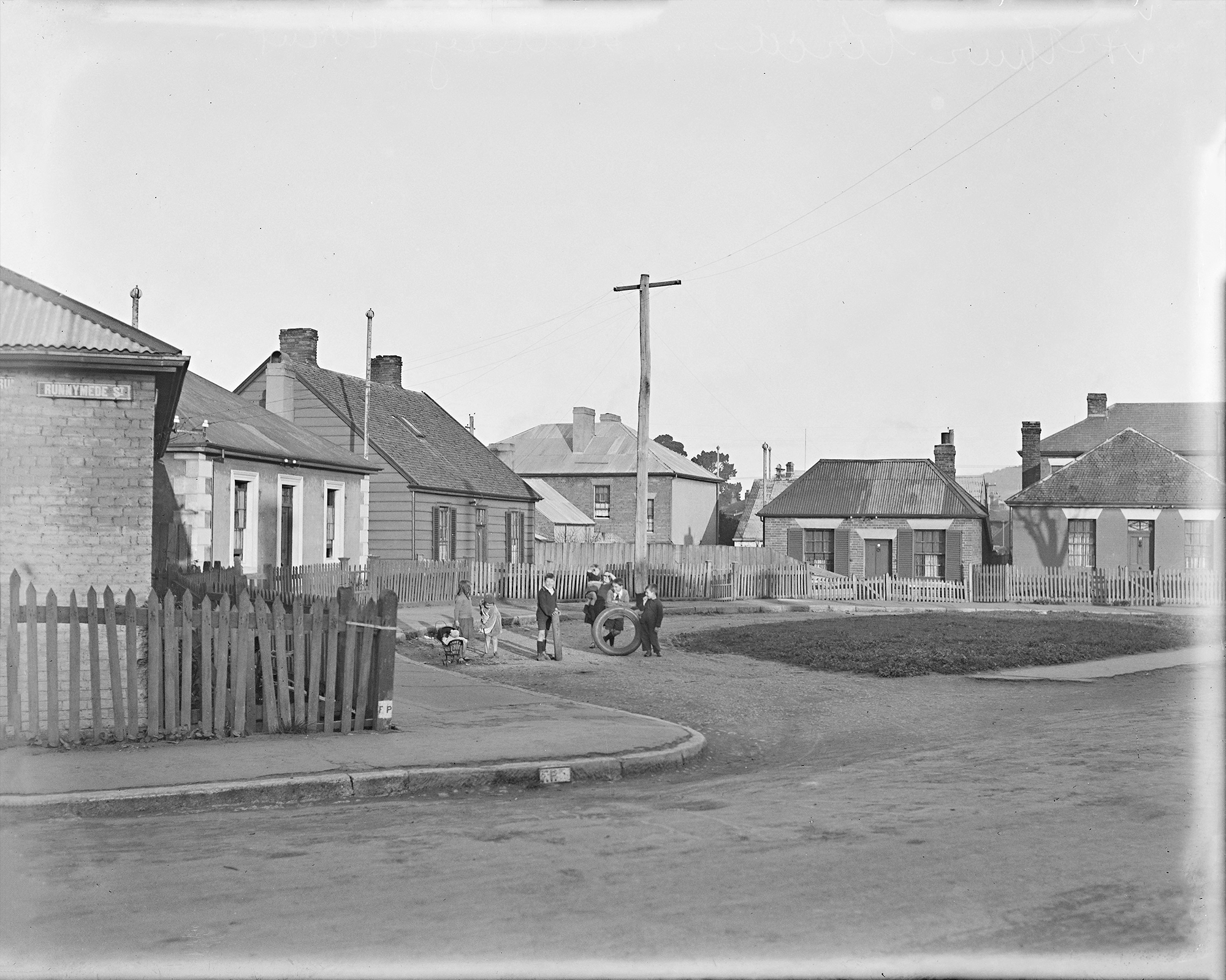 The Village
Scroll to top