Artist blacksmith Ben Beames’ workshop is situated in Muir’s Boatyard where he can be found practising his craft during daylight hours. To watch him at the forge transforming shapeless raw material into superb metal creations is to witness a master at work.

Ben’s work is familiar to many people as he created the fire beacons and massive fire cross for Dark Mofo. He has produced and performed a variety of works for MONA as well as undertaking numerous commissions for contemporary metal objects.

Originally from South Australia, Ben is pleased to have ‘survived’ 16 winters in Tasmania. He spends half the year in New Orleans, where his girlfriend is also a blacksmith. When overseas, Ben regularly gives performances and teaches sculpture classes. He recently came third in the World Blacksmithing Championships in Italy. While in the USA this year, he and a group of other blacksmiths forged stark naked in the Burning Man Project in Black Rock, Nevada – an unforgettable experience according to Ben!

Ben works long hours. As a side interest, he is currently restoring a 1975 Bedford truck and a 1957 BSA B31 motorcycle. He can sometimes be heard riding to work through Battery Point on his restored 1975 Honda CB twin motorcycle, which, Ben asserts, makes a ‘beautiful’ noise. 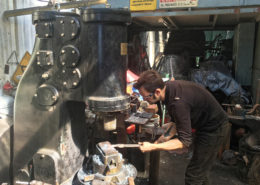 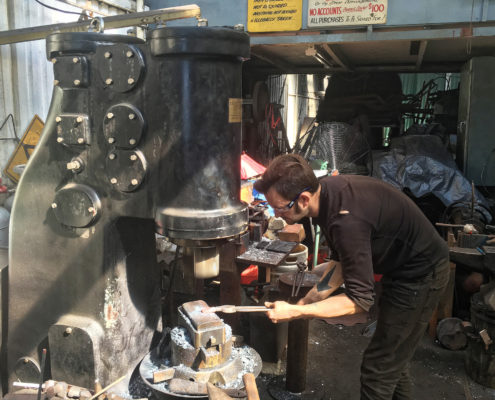 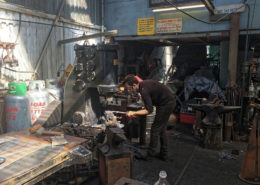 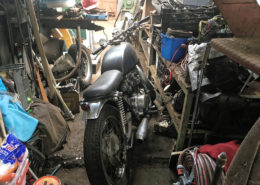 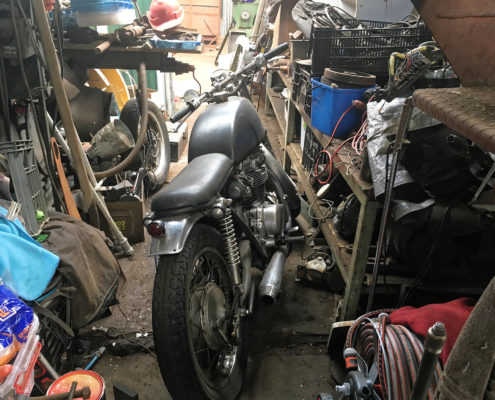 Back to stories
Dogs’ Christmas Party 2016

The Foster 10
Scroll to top