These cottages have a long connection with Tasmanian shipbuilding. They are believed to be the oldest remaining buildings on the site of the ship building yards in Napoleon Street. They are painted brick, English bond, three bricks thick, with lath and plaster inside. The internal walls are of timber, with random width tongue and groove boards. The ceilings are the same and inside the roof are the battens to which shingles were once attached.

The cottages were built on a portion of the 90 acres of land originally granted to William Sorell, third Lieutenant-Governor of Van Diemen’s Land. In 1839, shipbuilder John Watson leased the site on which the Mariners’ Cottages stand from James Kelly, Master Mariner of Hobart town. Watson set up his own business on the site and among the ships he built were the famous ‘Flying Squadron’ – Flying Squirrel, Flying fish, flying Childers (the ship on the crest of the Hobart City Council) and Flying Fox. He eventually purchased the site from Kelly in 1843. The conveyance mentions ‘land and buildings’ and it is believed that Watson may have already built the lower cottage before purchasing the site. It is presumed that Watson used the lower cottage to store timber and other articles for shipbuilding. Nearby were a blacksmith’s shop and carpenter’s shop.

In 1856, the property was offered for sale: ‘That Extensive, valuable and Important Property known as Mr Watson’s Ship-yard with cottages, workshops, stores, jetty and wharf etc. etc. which will be divided into convenient and judiciously arranged lots.’

After it was sold, the cottages were leased to various tenants for more than a century. During this time, the cottages suffered considerable damage from the elements as well as from some poorly constructed additions. In 1983, the Hobart City Council, as owners, leased the cottages to the National Trust of Australia (Battery Point Group). Members of the Cruising Yacht Club of Tasmania donated considerable time to assist in the restoration of the cottages. Following a recent restoration by the Hobart City Council, the cottages are now leased by the Wooden Boat Guild of Tasmania . They are a delightful example of Battery Point’s early built environment and a reminder of the vibrant shipbuilding industry of the time.

The photographs were taken during the restoration phase. 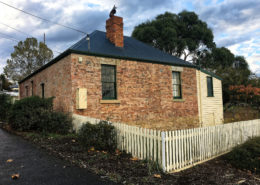 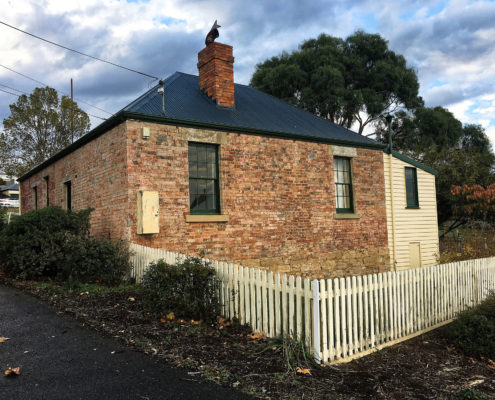 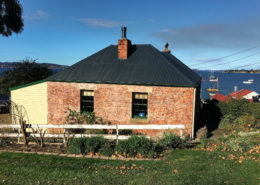 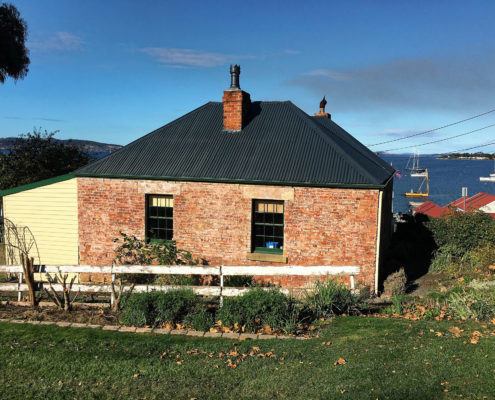 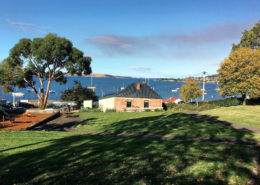 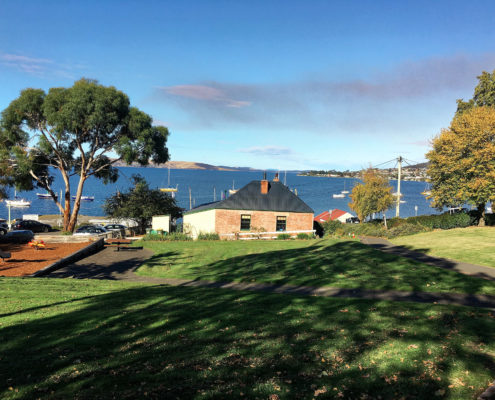 Back to stories
Bill Foster Tour of Shipyards