No, I am not writing from the Wapping a mile away from Battery Point on Hobart’s waterfront, but the one in London. Wapping London lies beside the River Thames to the east of the City of London.

Having been in Hobart at the turn of the year visiting family in Battery Point, Hobart and Tasmania continue to be fresh in our minds. We have now been in lockdown for eight weeks. It has changed our lives significantly as your lockdown in Hobart has changed yours. My husband and I are at home in our flat all the time, working from it and not socialising with others face to face. We cannot travel on public transport on which Londoners are normally so reliant. Then there is the hygiene and the quarantining of things coming into the flat. 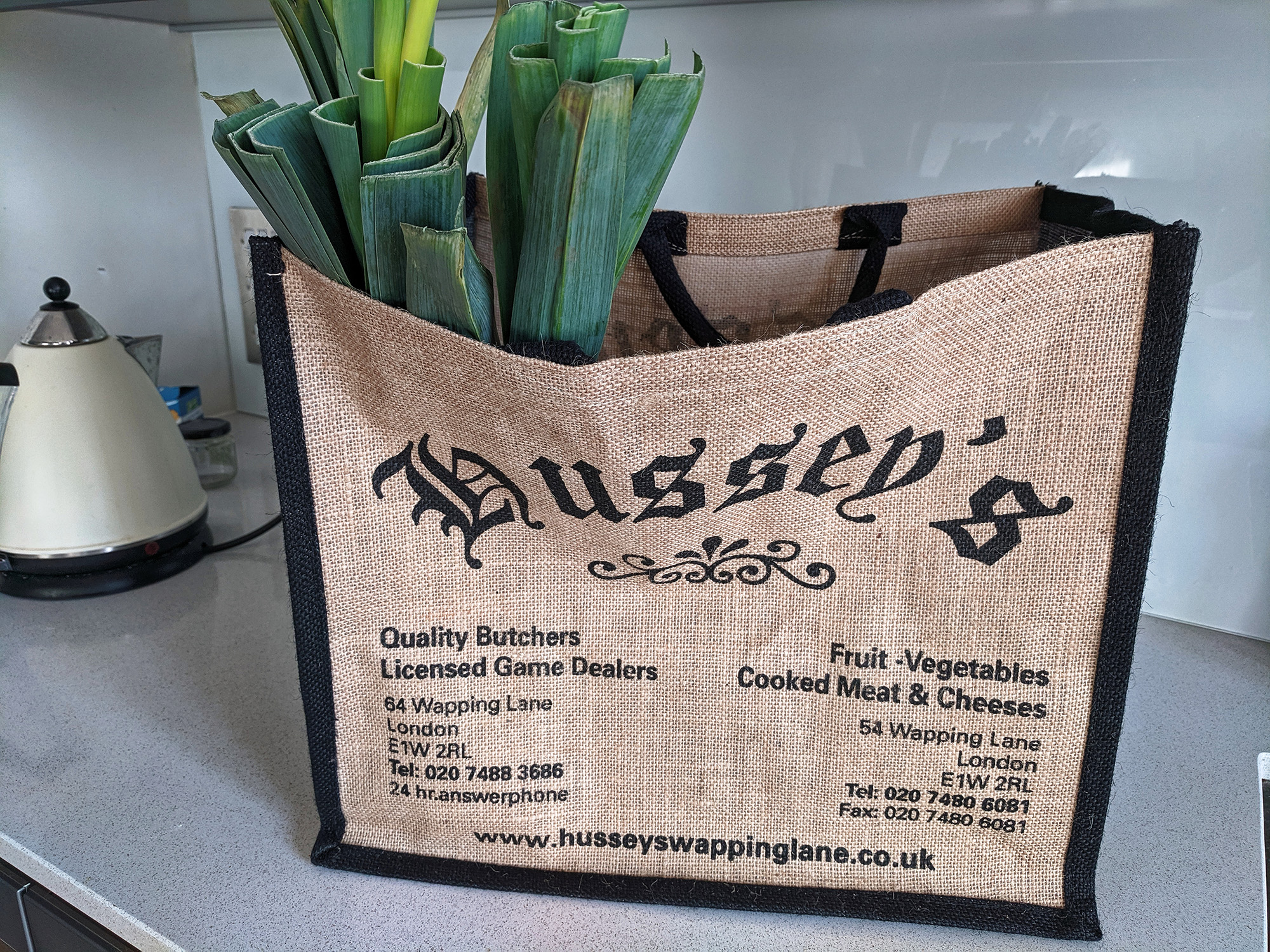 But first, let’s get the virus here out of the way.

The number of deaths has exceeded 30,000. Shocking. Our London Borough of Tower Hamlets has, to date, had 610 officially confirmed cases (a significant underestimate) and 155 virus-related deaths until the end of April. The disease is more concentrated in London and more specifically in areas of high deprivation such as parts of Tower Hamlets. Some friends and work colleagues have had the disease – some mildly and others more seriously. We know people who have died. We are therefore determined to avoid this virus. How we envy the low incidence of the disease in Hobart!

Lockdown here means we only go out for a walk once a day. Given our contracted physical world, this has become a highlight of the day, exploring and getting to know places nearby. The lockdown began just as spring was about to burst. I decided to walk the same route through a nearby park each day.

The rewards have been seeing rapid changes particularly plants emerging, their flowering and their glorious fragrances.

Lush fresh leaves burst forth to the melodious sounds of birdsong. How is it that those small creatures make such a loud noise? The chicks of water birds, oblivious to the virus, have also been doing well. A pair of swans have nine, yes nine, cygnets in one of the old docks nearby!

To avoid the crowds, I walk early each day and at the same time. Others have a similar idea, so we are now nodding acquaintances or have socially distant conversations if it suits. I see others going about their daily business to support us: the underground staff member watering the flowers to make the station look cared for, the street cleaner going the extra distance to pick up rubbish, the Borough’s elected mayor on his way to the Town Hall. Or even a woman distressed because she had had a row with a neighbour.

We are lucky to live in a flat with light and space with the Thames below. We have an ever-changing scene outside depending on the weather, the tide, the state of the moon or time of day. The river is so very quiet. It normally bustles with tourist boats, the Clipper ferries (one made in Hobart!), pleasure boats and even cruise ships. Now it’s just the police boats or refuse barges that come by. The peace is occasionally broken by geese who can be exceptionally noisy at this time of year – day or night. And then there’s our weekly 8pm Thursday clapping and pot bashing for health and other essential workers!

While our physical world has shrunk, the virtual one has grown. We are becoming experts in Zoom. We have dinners with friends where we sit in front of our screens, eating, drinking and chatting. But new types of decisions have to be made in the Zoom world. What time should we start eating? How many courses should we eat? Shall we eat the same thing? Shall we have a drink first?

The regular calls with the family in Hobart continue. And we have had three birthdays within the fortnight straddling April and May. Online shopping for gifts has come into its own ensuring presents can still be given and received. I received beautiful flowers and a scrummy cake ordered from Tasmania, made in London and delivered to our door! A friend sent a birthday card to arrive three days early so it could be quarantined before opening! A Zoom party is the next best to the real thing. Depending on the time of day it could be a glass of wine at one end with cups of tea at the other – or vice versa.

We are all unclear when the freedoms we had will return. We booked a flight to Hobart after Christmas. But it’s hard to imagine how long it will take before flying such long distances will be permissible or even feel safe. In the meantime, we have the virtual world to explore and the physical one to know better.