A Tale of three cities

This story was written by Battery Point resident Jingyuan He. Some people call him ‘Dahoo’, which is his nickname, meaning ‘Big Tiger’. He uses ‘Hurst’ as his surname because ‘He’ is pronounced as ‘Hurst’ without the ‘st’.

During the Coronavirus pandemic, I have spent time moving around three cities.

I went back to my hometown, Xinzhou City in Shanxi Province in China, on 20th January, when the Coronavirus outbreak had not yet occurred. It was my holiday vacation during which time I was to reunite with my family and celebrate the Chinese New Year (25th January, 2020). It was several days following my arrival at home that the whole country began to lock down. Even during the 2003 SARS outbreak in China, there were not such strict limitations.

During this Chinese New Year holiday, all people were required to stay at home. Luckily, as in the Christmas period, most Chinese people store a large variety of food beforehand and stay home with their family during this most important holiday. In my hometown in northern China near Mongolia, it is interesting that people store many cabbages, potatoes, and carrots in the cellars during the long cold winter. In addition, meat such as pork, mutton or fish can be buried in the thick snow which would not melt for a long time.

I had not spent such a long time with family since I went to college when I was 18 years old. So, I was enjoying this long holiday before the epidemic became worse and worse. My flight back to Australia was scheduled to take place two weeks after my departure, but was cancelled because of the worsening situation. From that time, people began to worry about this unknown infectious disease. It was a pity that my wife Becky had stayed with her family in Hainan Province, which is more than 2500 kilometres away and we could not meet each other.

On 15th February, Becky and I got together in Guangzhou after two months of separation, and we flew to Phuket island in Thailand. We spent two weeks in that tropical island. People were nice and friendly there, and Coronavirus did not influence life too much.

Phuket is very beautiful, with white sands and a green sea, which is quite different from beaches in Hobart. Many tourists from different countries spoke different languages, greeting with each other and smiling. However, as for us two, because we had moved from the far North to near the Equator, our bodies could not get used to climate immediately. As well, we still suffered from fear of Coronavirus even though the epidemic had been controlled in China at that time. Therefore, in the first few days in Phuket, we just stayed in our hotel room, not being in the mood to go out and have fun, which was kind of post-traumatic.

However, we got better as time passed and got a glimpse of Phuket. We walked along the beach in the dusk. There were crowds of tourists all day and it was very hot, so people wore shorts or swimming costumes. We also went to local markets and local communities. The food was very yummy and goods were cheap for tourists. The communities are clean and quiet in some areas. Anyway, Phuket is a good tour destination. 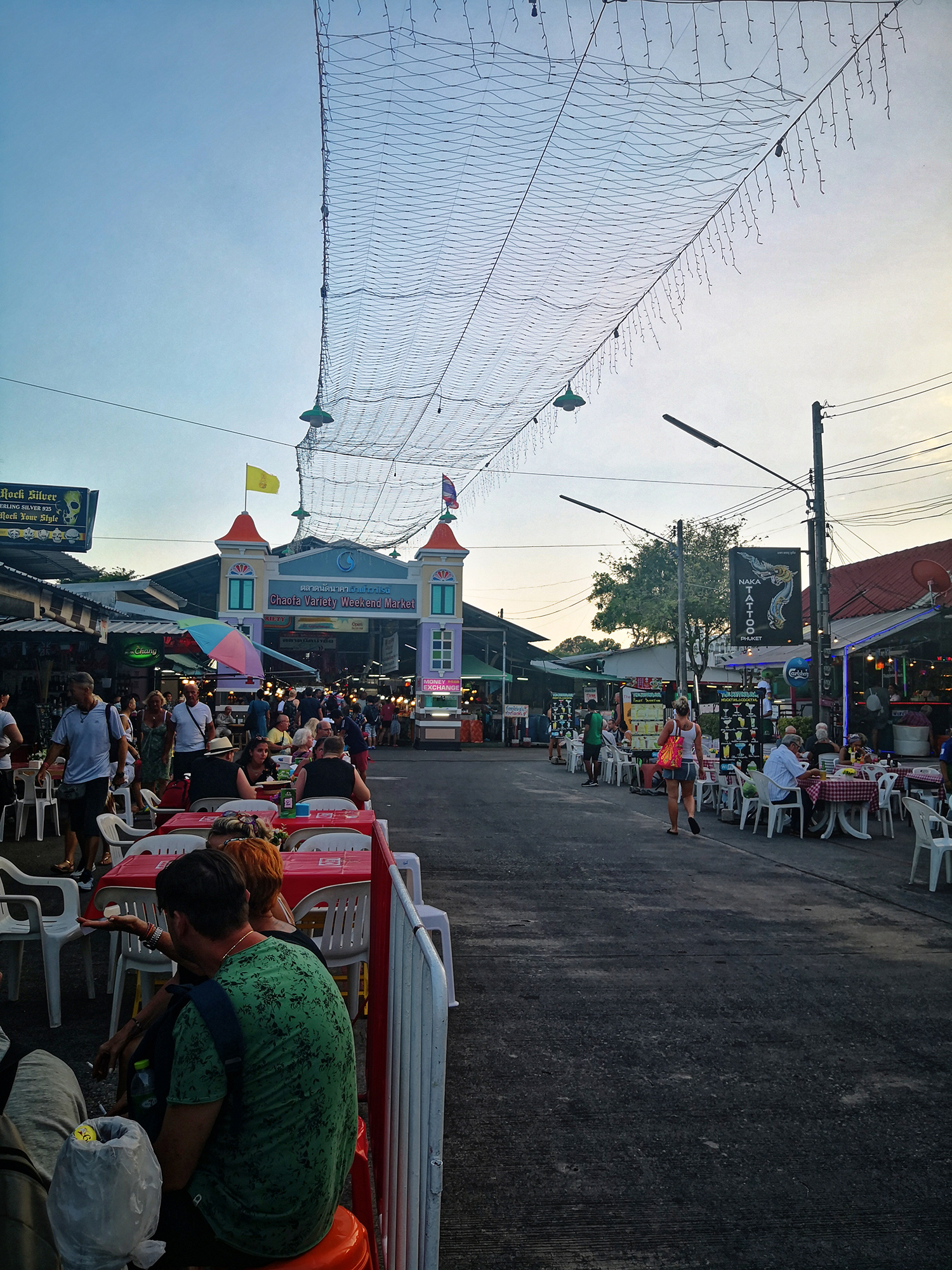 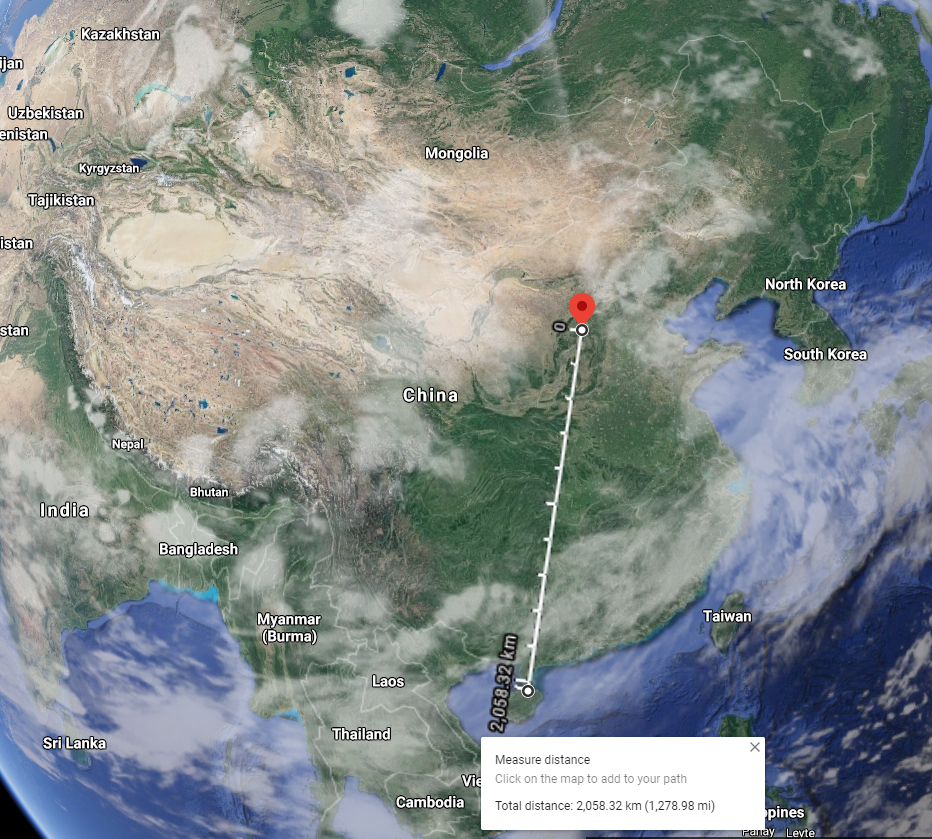 After two weeks in Thailand, we were allowed to come back to Australia as the epidemic had not yet not come to the country. It was such a coincidence that we returned to Battery Point almost at the same time that Australia was locked down with its borders closed. So, we began our third lockdown life in a third place!

The first thing I need to mention is that lockdown life requires more space for people. Our unit was too small for us to work separately. The courses at UTAS were switched to online courses, but we only had one living room and one bedroom. There were consecutive online meetings every day for us and we disturbed each other in one living room. So, we had to move to a bigger unit with two separate rooms for our study.

Secondly, during a certain period, it was hard to buy toilet paper and some other goods in the supermarket. We had to drive faraway to places like Sorell and New Norfolk. But there was unexpected surprise when we saw the beauty of different villages with people enjoying life during hardships.

Finally, as a relatively young couple and without children yet, it is the first occasion we have lived together for such a long time. When we lived in Beijing before coming to Australia, each of us departed home at 7.00 am in the morning without breakfast and returned home after 7.00 pm. We only cooked dinners once or twice on weekdays; at other time we had dinner at our workplaces or ate out. So, we did not have much time to live together actually. But during the time of Coronavirus isolation, we have cooked three meals and faced each other all the time, day and night. We have both learnt a lot about how to cooperate with each other, how to support each other, how to deal with misunderstanding, and how to maintain life as a couple. Therefore, from this aspect, the pandemic has taught us a valuable lesson.