This story is by Hazel Phillips, a regular visitor to Hobart, who is a guide for Clerkenwell and Islington in London .

The iconic St George’s Church Tower has guided sailors up the Derwent for more than 150 years. And today it is an important and delightful navigation point. It helps orientate me, a visitor from London, around the hills, dales, shoreline and streets of Hobart.

The man who built the Tower itself – a convict – left his mark in many other ways in London, Hobart, other parts of Tasmania and Melbourne. His descendants have left their mark too.

But in 1833, Blackburn could not sell the houses so suffered a severe cash flow problem. His furniture was taken and he was threatened with the loss of his home.

His response to his desperation changed his life forever. In what seems to be a temporary lack of judgement, he forged signatures on a bank cheque worth £600 which resulted in his conviction. Although he had many character witnesses from eminent colleagues at his trial, he was transported to Van Diemen’s Land for life. He arrived in November 1833 on the Isabella. His wife and children followed later.

His skills were highly sought after to help develop the colony. So the Government put him to work with John Lee Archer, the colony’s engineer, in building 130 miles of roads, many bridges (including designing two across the Derwent), watchhouses and a number of churches including adding the tower on St George’s. He had a hand in the design of a number of significant buildings including the Treasury and the Bank of Australia. He was responsible for the Launceston water works, and worked for the Governor’s wife, Lady Franklin, on the 1840 plans for Government House (stopped for financial reasons but completed with adapted plans). He ultimately received his freedom in 1841 with the support of glowing testimonials about his work and character.

The recession in Tasmania in 1846 meant that development slowed so his skills were less in demand. The Blackburn family moved to Campbell Town where James turned his hand to flour milling. But a brighter future in Melbourne beckoned so he and his family moved there in 1849. With four businessmen, he developed the first piped water for the city at a reasonable cost. He was then appointed as Melbourne’s Surveyor. 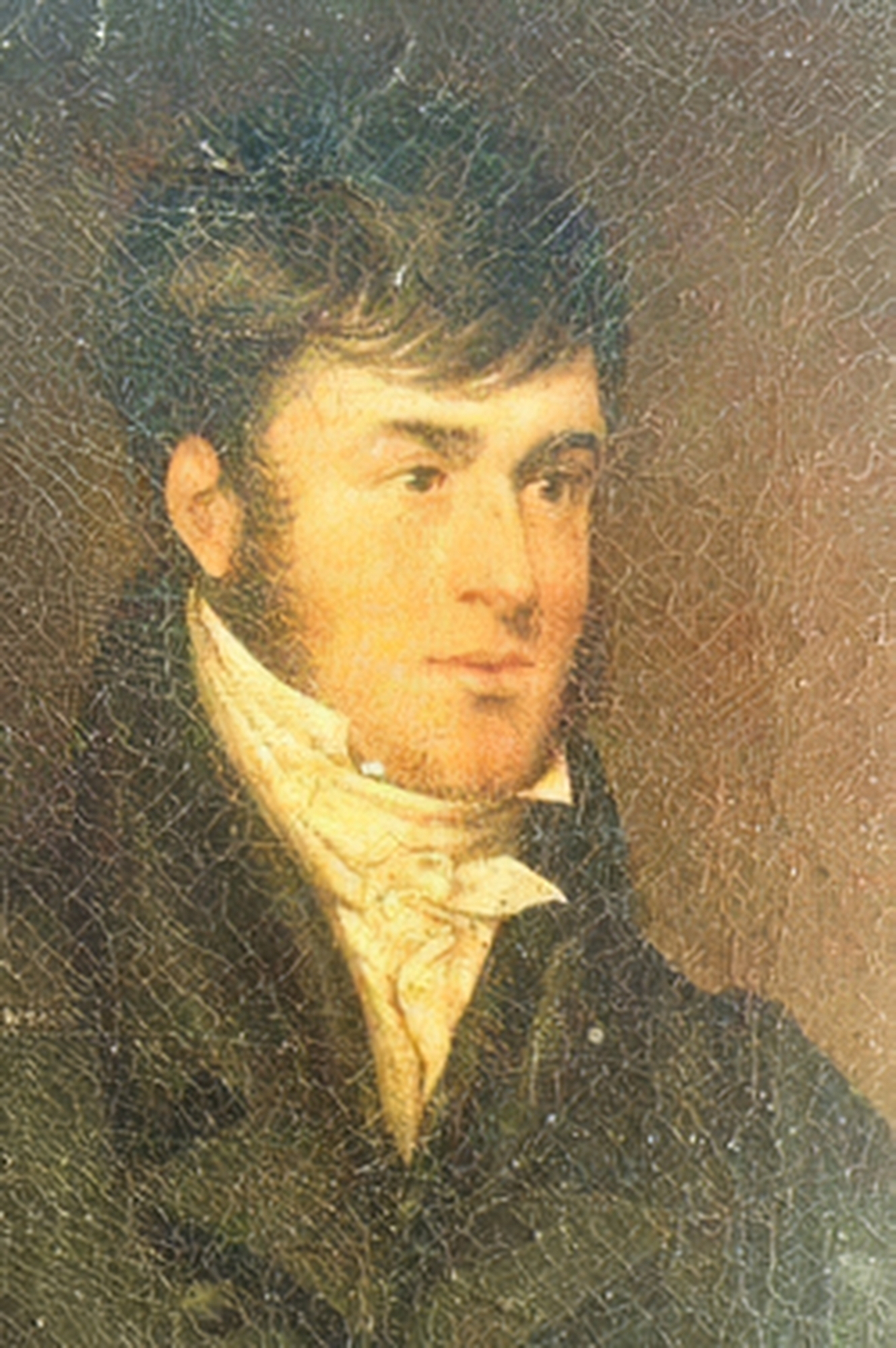 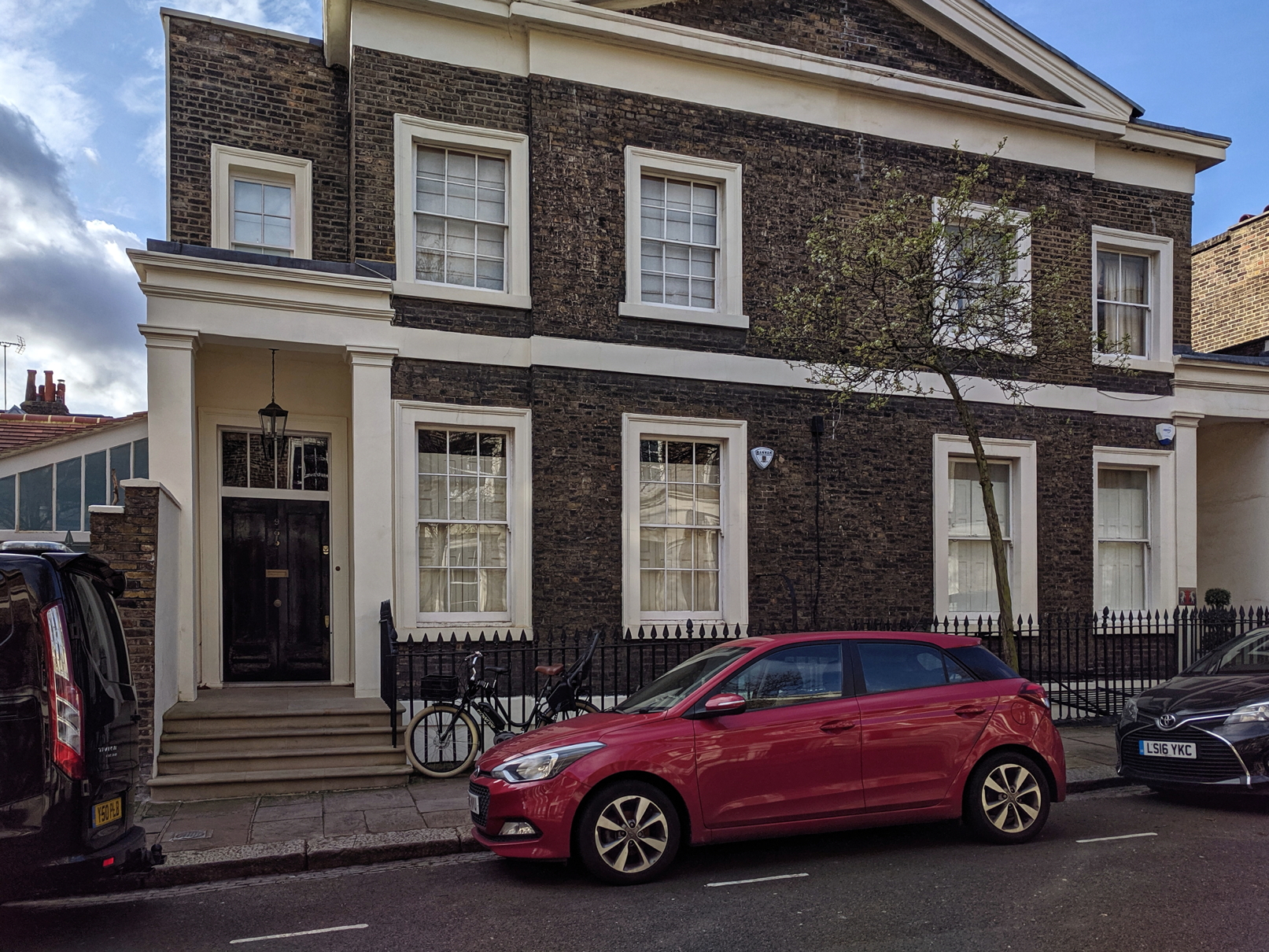 The house where James Blackburn was said to have lived before his conviction and transportation. The houses are typical style of the Lloyd Baker estate, but not of the styles of London houses at that time.

Blackburn left a considerable legacy to Tasmania’s rich built heritage. Lady Franklin pondered the source of his inspiration given the lack of architectural books: ‘We find this obscure convict pouring out plan after plan, design after design, each with a wealth of detail and imagination, and each distinguished by dignity, charm and suitability for its purpose.’

Blackburn died at the age of 51. Some of his sons worked in the building world, but those interested in the law and politics will know that his grandson left his mark. Maurice Blackburn (1880-1944) was a radical lawyer and a Labor Member of the Federal Parliament in the 1930s. He founded the legal firm that still carries his name today.

So, St George’s Church Tower, as well as having such visibility around Hobart, is a prominent reminder of the legacy of a man who led a rather extraordinary life.