These reminiscences are by Molly Clark, who lived with her family in Marine Terrace Battery Point from the 1910s to the 1940s.

Photo of the Methodist Mission from Libraries Tasmania

My father and mother married in 1909 and went to live in Marine Terrace, Battery Point. My father was Church of England and went to St George’s Church, but mother, being a diehard Wesleyan, went to the Mission. Battery Point at that time was mainly a fishing village, with the wealthy in their large houses and attending St George’s Church; the Mission was an ideal place for the ‘ordinary folk’. It was well situated, surrounded by the terraces and little streets and lanes inhabited by the working class. We were under the diocese of the Wesleyan Church and had local preachers who practised on us children and the congregation, so we had plenty of variety.

My eldest sister Kathleen was born in 1910, and then over the succeeding years there were seven more children. We were all brought up as Methodists, although myself, and I think the boys, were christened at St George’s Church. At about three years of age, each one of us would be taken by the older sister up Derwent Street to Francis Street and then to the Hall. Mother would have the roast in the oven and the apple pie made ready for the return from church where she would be at 11.00 am in time for the morning service.

Sunday School started at 10.00 am. The Sunday School was run by Mr Harrington, who played the violin, and the organists were Miss Hurst and Miss Woodhall. When I was old enough, I also played the organ. It was the days of Sankeys hymns – a lot of ‘Hallelujahs’ and ‘Amens’ – with the men kneeling on the floor, to whom the Bible was infallible and who believed in a real heaven and hell. While the children knelt at the pews, many an initial was carved on the seats. When we had the classes, red woollen curtains were pulled across the hall on steel rods to make the classes more private.

As soon as Sunday School was out, we were off down Hampden Road to Arthur Circus to join in the marching and singing with the Salvation Army until 11.00 am for the church service. When I was old enough, I was ‘accepted into the Church’ and if a Minister attended, we would sip the ‘raspberry vinegar’ and eat a morsel of bread. As if we had not had enough of church for the day, we would end up down at Short Beach where the Open-Air Mission took their little organ and we would sing hymns again. The church had two pedal organs – a lovely one in the Kindergarten room and the other one in the Hall. The Kindergarten was downstairs and we sat on little chairs. We would all have our penny ready to put in the plate for the lepers and we would sing, ‘Hear the pennies dropping, listen while they fall. Everyone for Jesus, he shall have them all.’

Mr Tapsell ran the Band of Hope. I still remember at 11 years of age repeating the pledge, ‘I refrain from intoxicating liquors as beverages’, a pledge all of my family have kept. On the wall were the smiling faces of the lepers to whom the pennies went. To us, how happy they looked, knowing they were Christians and we were thinking of them! Sometimes we were read a letter from the missionary stationed in India. On the wall, there was also the Roll of Honour from the First World War. There were two aspidistra plants and the vases that my mother and I and Joan used to put the flowers in on Saturday ready for the Sunday service. I wonder where they all went.

My older sisters were married in the Church. Olive Clark, born 1912, married Derwent Cornish in 1933. She was presented with a Bible – the first wedding in the Church. Kathleen Clark, born 1910, married Thomas Graham in 1935. Mrs Harrington always told me that when I married she would make me a bell of flowers, but the war intervened and I married on the mainland. The boys, Robert and Richard, went away to the war, with Richard becoming a prisoner of war, and then my father, working with the Public Works Department in Salamanca Place, was moved to Sunderland Street Moonah and our association with the church ceased.

‟After I left home, my younger sister Joan tried to make a flower garden where the old toilets were situated, and a horse grazed trying to keep the grass down. She said she used to carry our hose from Marine Terrace to the Hall to water the garden.”

‟The pepper tree by the front door – the boys would crush the berries making a ‘stink’ much to Mr Harrington’s chagrin.”

‟Stones thrown on the roof by boys outside while we were at prayer – hence the fine wire outside the windows.”

‟Mother paid to have a new fence around the front of the church in the 1940s.”

‟The preacher given a white chrysanthemum on Mothers’ Day.”

‟Sunday School Anniversary: We sat on forms at the front of the church. We girls had a new white frock and we sang new songs from a hymn sheet.”

‟The Annual School Picnic was always held at Long Beach.”

‟Every autumn there was the Harvest Festival. A trellis table was brought up from downstairs and put along in front of the pulpit and we all brought along our offerings.”

‟Prayer meetings by the Reverend Byard on a Tuesday night. ”

‟There was a Cricket Club and we raised money with a Social Dance once a month.”

Members of the Clark family 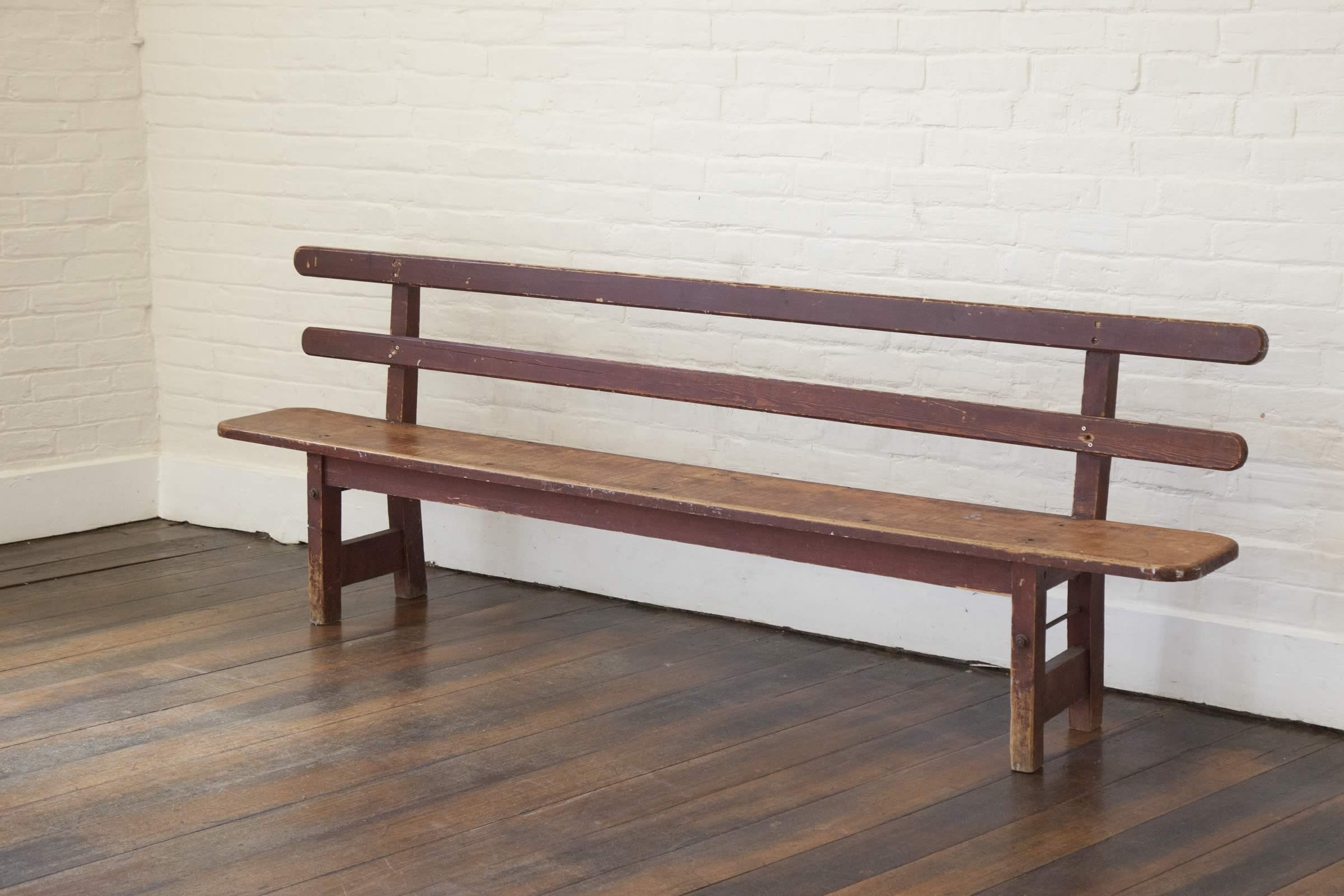 ‟While the children knelt at the pews, many an initial was carved on the seats. When we had the classes, real woollen curtains were pulled across the hall on steel rods to make classes more private.”

Battery Point resident talking about her childhood in the 1930s