The small wooden building at the bottom of the steep hill in Napoleon Street is striking. Heritage-listed, its role in the history of Tasmania’s now booming aquaculture industry is not well known.

The shed is the only building remaining from Tasmania’s first fisheries research centre, established by William Saville-Kent, Tasmania’s first Superintendent and Inspector of Fisheries, in order to understand better the biology of oysters and fish. The saltwater hatchery and laboratory were recommended by Saville-Kent in 1884.

Originally in Gore Street, in 1885 the Government rented Captain Robertson’s house in Battery Point (now the location of a new dwelling at 76 Napoleon Street), with the development of the facility on the foreshore at the bottom of the garden.  As well as the small wooden building, the facility consisted of an aquarium and tidal pools along with a bridge in the same location as the present bridge that crosses Sandy Bay Rivulet adjacent to the building.  By June 1886, 14 marine species in addition to oysters were being cultivated in the facility.

Saville-Kent went on to set foundations for fisheries development in Australia: in Victoria, Queensland and Western Australia as well as Tasmania, and wrote two major books – The Great Barrier Reef and The Naturalist in Australia. The simplicity of the wooden building at 76 Napoleon Street belies its historical significance.  A building that deserves to be treasured.  You can find out more here.

The Association would like to thank Jock Young for permission to use extracts from his paintings of 76 Napoleon Street. 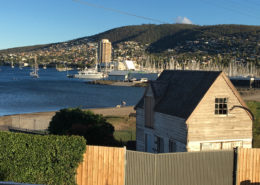 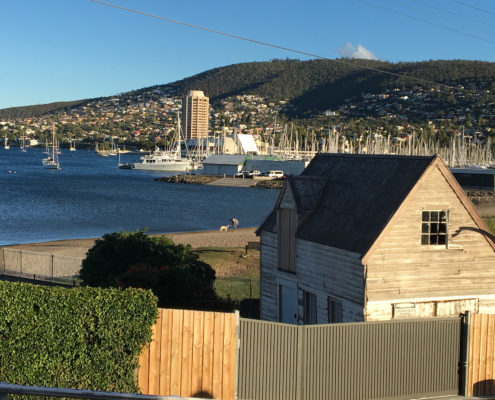 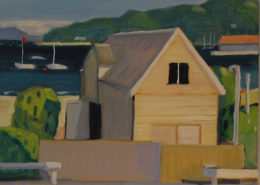 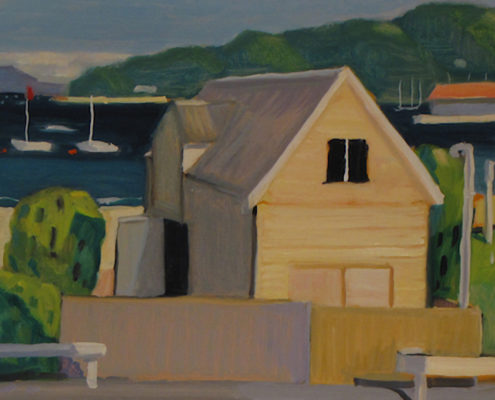 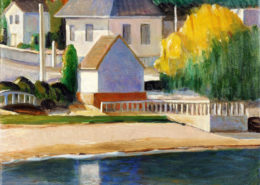 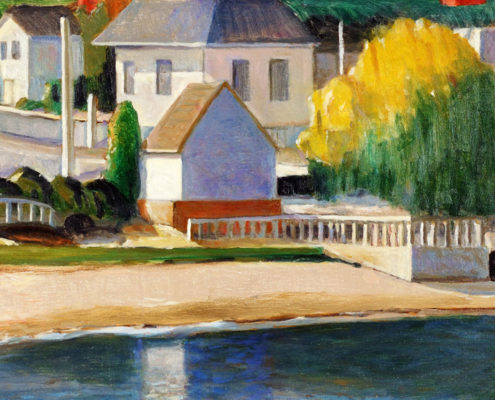 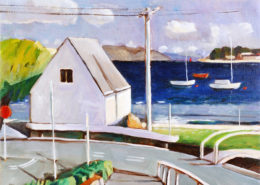 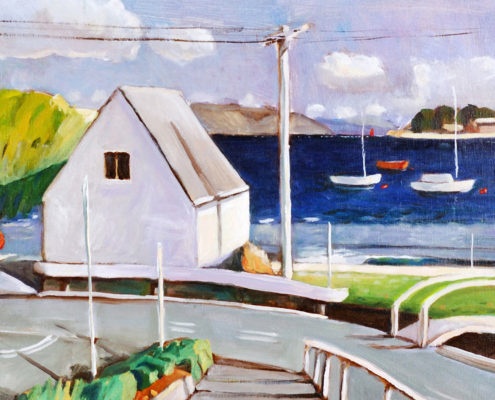 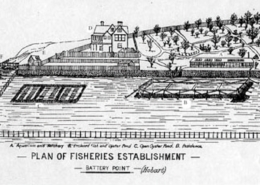 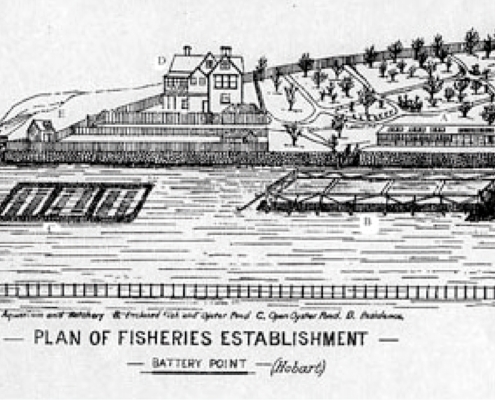 Back to stories
Input re accommodation & transport

Life in Battery Point in the 1970s
Scroll to top