Battery Point was an important thread in the life of George Brown. He owned the conjoined stone cottage at 68 Hampden Road for 60 years and named it Ballo after the family farm at Pyengana in north eastern Tasmania.

Dad thought that four important people had been born at the Queen Alexandra Maternity Hospital at 80 Hampden Road: Hollywood actor, Errol Flynn, himself on 6 September 1922 and the younger two of his four daughters, Edwina and Kathryn.

During World War 2, Dad was seconded from the Royal Australian Navy to the Royal Navy. After VE Day, he was sent back to the war in the Pacific. During war service Dad had caught TB and he spent three of the next five years in the Hobart Repatriation General Hospital, also in Hampden Road above Sandy Bay Road. That led to what Dad believed was one of the best things that happened in his life – he met Mum, a nursing sister who cared for him at the Repat.

Dad was awarded life membership of an amazing number of organisations. First, he was a life member of the Battery Point Community Association. Not long after we moved to Battery Point in 1958, the chapel on the corner of Hampden Road and Francis Street went on the market. Miss Henslowe thought it should be bought by the people for the people of Battery Point as a community centre. Dad helped door knock to raise the deposit and then, as President of the Association, organised the annual fairs to pay back the rest of the mortgage. There is the family story of the little ones sitting in the back seat of the new Holden car bought to carry six family members. Long-time resident of Mona Street and friend, Margaret McKercher, after saying hello asked them, ‘Where does your father get the money to buy this lovely new car?’ One very young daughter volunteered, ‘He runs a fair every year…’

Dad was also a life member of the Naval, Military and Airforce Club, the Missions to Seafarers, the National Trust, the Churchill Fellowship Association and the Tasmanian Club.

His other interests included serving as President of the Law Society of Tasmania and of the Medico Legal Society, Tasmania’s representative on the Law Council of Australia, Chairman of each of the Collegiate School Board and the Licensing Board and the Narryna Committee at 103 Hampden Road, inaugural Chairman of the Aboriginal Research Trust, Vice Chairman of the Queen Alexandra Hospital Board , a Trustee of the Tasmanian Museum and Art Gallery, the Allport Library (he has passed on his love of museums and art galleries to all his daughters and grandchildren), member of the University of Tasmania Council – his political forays including serving as a Member of the House of Assembly for Denison – winding up the Florence Nightingale Committee as Chairman, patron of the Hobart RSL for a year, on the committee of the Migrants, Minors and Mariners Trust, a member of the Australiana Fund, and leading car and walking tours for countless groups including walking tours of Battery Point (he was highly regarded as a Tasmanian historian).

Dad was churchwarden at St George’s Church in Cromwell Street for several years during which Dad believed ‘the great restoration of the church to end all restorations’ was carried out in the 1980s. And, it was Dad’s idea to launch the St George’s Tower annual Floodlighting Appeal which keeps the church tower floodlit throughout the year. He loved carol singing with all comers around the streets of Battery Point, starting at the church every Christmas Eve. When his grandson, Matthew, was about three years old, his mum, Jenny, was playing a game of where was everybody in the family. When she said, ‘And where is Grandpa?’ quick as a flash came the pleased as punch reply, ‘George is at George’s Church.’ 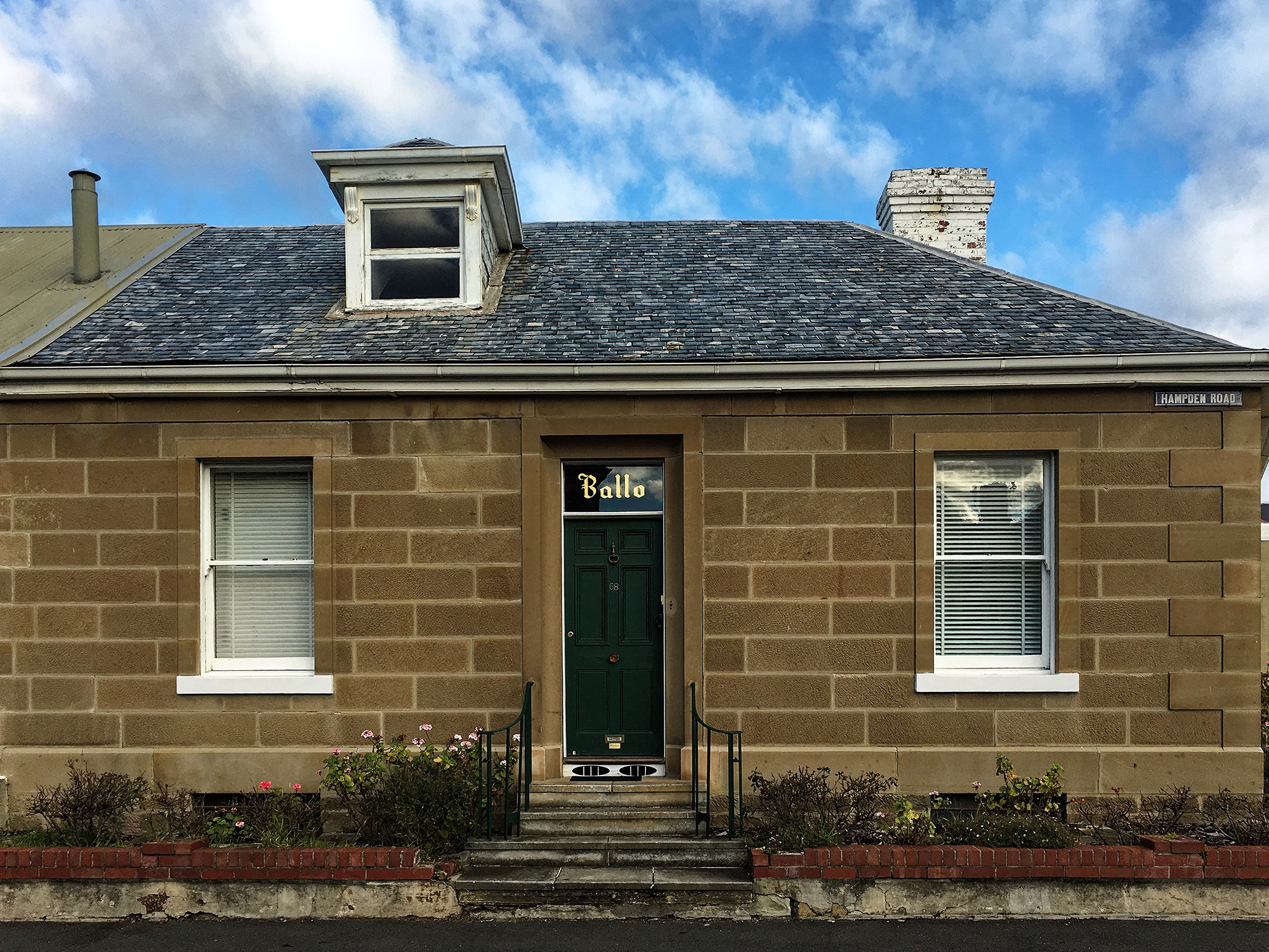 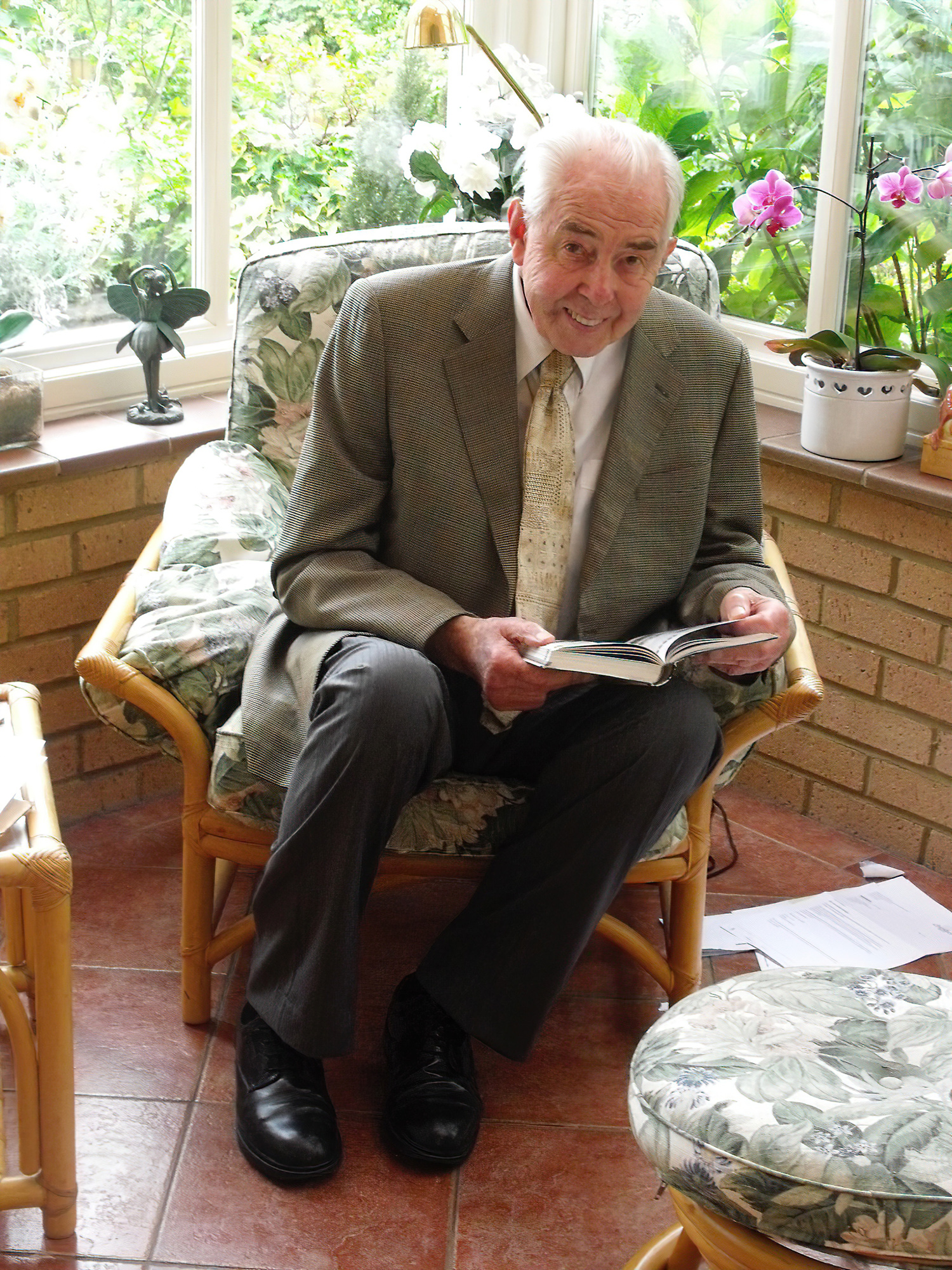 But best of all, Dad as a life member of our family rejoiced in his beloved wife, Norma, and each of his four daughters and six grandchildren and he had a close interest in what anyone was doing. Dad was a favourite with his grandchildren. Kathryn’s two-year-old daughter, Sophie, enjoyed Grandpa’s first visit to Ireland so much that she thought she would like to call her then unborn brother ‘Grandpa’!

We have such special memories of our relationships with him and his cheeky smile and twinkling eyes. One memory all of his daughters have is the day each summer when Dad looked after us at the shack at Opossum Bay while Mum had a day to herself in town. Dad, whose culinary skills extended to vegemite on toast or a good fry up, would cook fried scones for lunch. The day and the scones were eagerly anticipated each year. After Mum died in 1999, Dad chose to extend his skills, so expanded to entertaining on many occasions with roast quail and other delicacies on the menu after consultation with the staff at the Wursthaus Kitchen in Montpelier Retreat.

Dad loved being part of the Battery Point and wider community. As new business owners came into Battery Point, he would pop into their establishments and introduce himself and find points of connection, which were then fostered. He and Angelo maintained that Dad was Da Angelo’s first customer.

Dad thought that a photo was enhanced by having people in it and was always happy to step into the breach. One of my friends became hooked on creating scrap book photo albums as keepsakes and was keen to share her passion with another friend and Jenny and me. Jenny decided to take photos of Hampden Road landmarks to send to Kathryn’s family who lives in Ireland. Consequently, she called into Dad’s and said she was taking a photo of the backyard at Ballo. Naturally, Dad thought his presence would enhance the photo (and all the others Jenny was taking as well). Of three sets of seven photos, Dad starred in all. When the tutor saw yet more photos of Dad, who was distinctive and whom we never lost in a crowd because he was 6 feet 3 inches tall, she remarked that he must have tickets on himself. Before Jenny or I could reply, both my friends chorused, ‘No, he’s not like that at all!’

For Dad didn’t see the cup of life as half full. Rather, it was a bucket brim full with opportunities and great goodness to be found.