The delightful sketches in this collection accompanied the regular St George’s Church newsletters of the late 1950s and early 1960s. Entitled ‘Street of the Week’, they were prepared by Alfred Reynolds, long time Rector of St George’s.

The sketches would appear each week on the church notices. Fortunately, an industrious parishioner saved the images and pasted them on brown paper. Community member Kathy Rundle purchased the sketches at a church fair several years ago and has kindly given us permission to include them on the website.

Kathy has spoken to Bev Woodward nee Reynolds about her father’s sketches. She said, “Rev Alfred Reynolds was an accomplished artist. He was a painter of portraits , mostly in oils, made fine pen and ink drawings and became well known for his etching.”

He notes in his biography, Variations on a Varied Life published in 1989:

We had a Gestetner duplication machine, and with this I was able to produce a weekly news sheet for distribution throughout the parish. I was able to include in this what I called the ‘Street of the Week”. I drew a picture of each street in the parish on a wax stencil, and not only produced an interesting record, but made it my endeavour to visit each home in the street which featured in the paper that particular week.

As a challenge, we invite community members to take a photograph from the position adopted by the artist and send it to us for inclusion beside the original In the slide show. It will be fascinating to observe how the streetscape has changed over time. Contact us by clicking here and we will let you know how to upload your photo. You can view these modern interpretations in the story Street sketches old & new.

Click on any of the images to see a larger version.

Click here or scroll to the bottom to see a restored version of one sketch comparing how it looks now with what it likely looked like when first drawn. 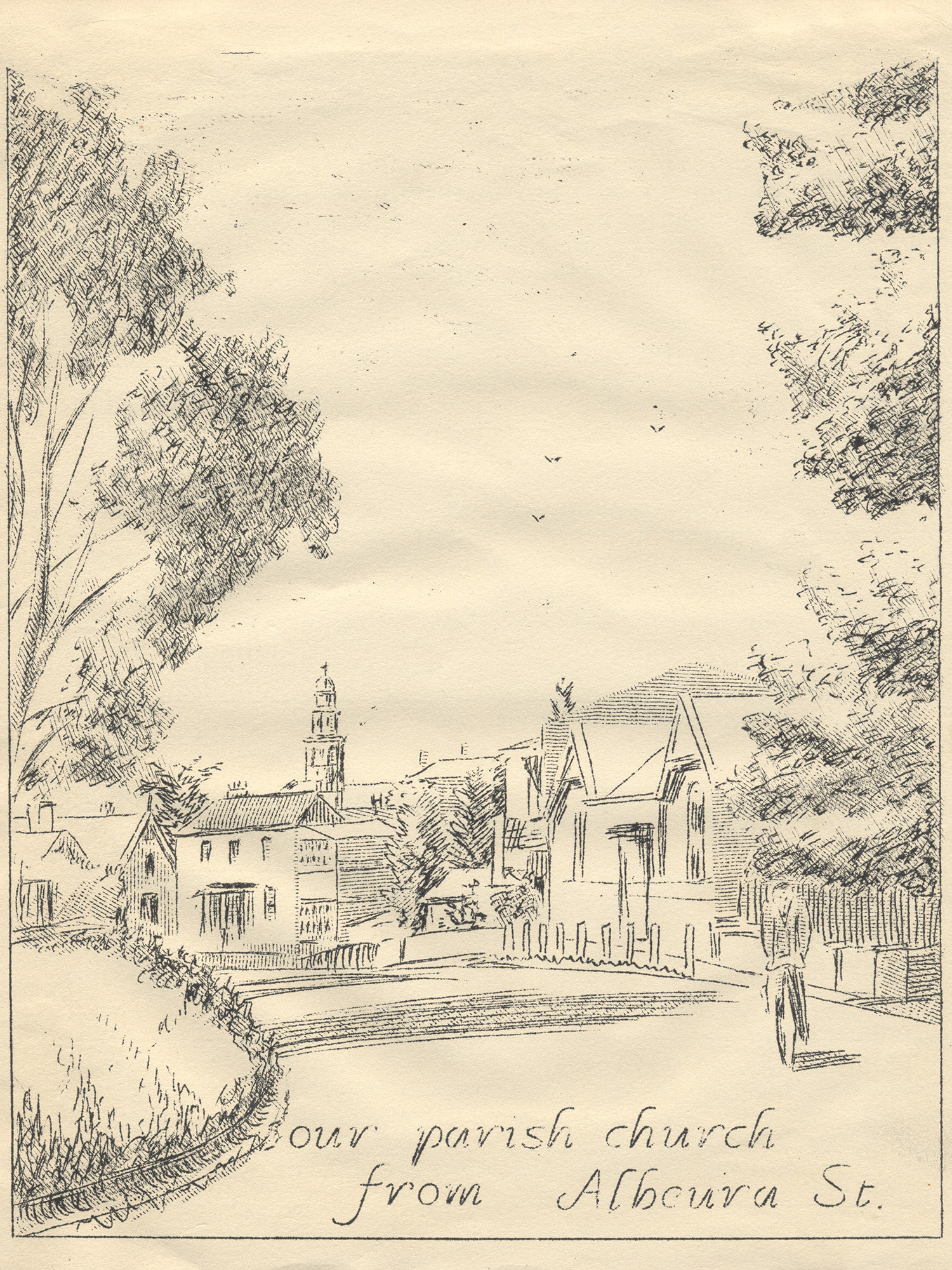 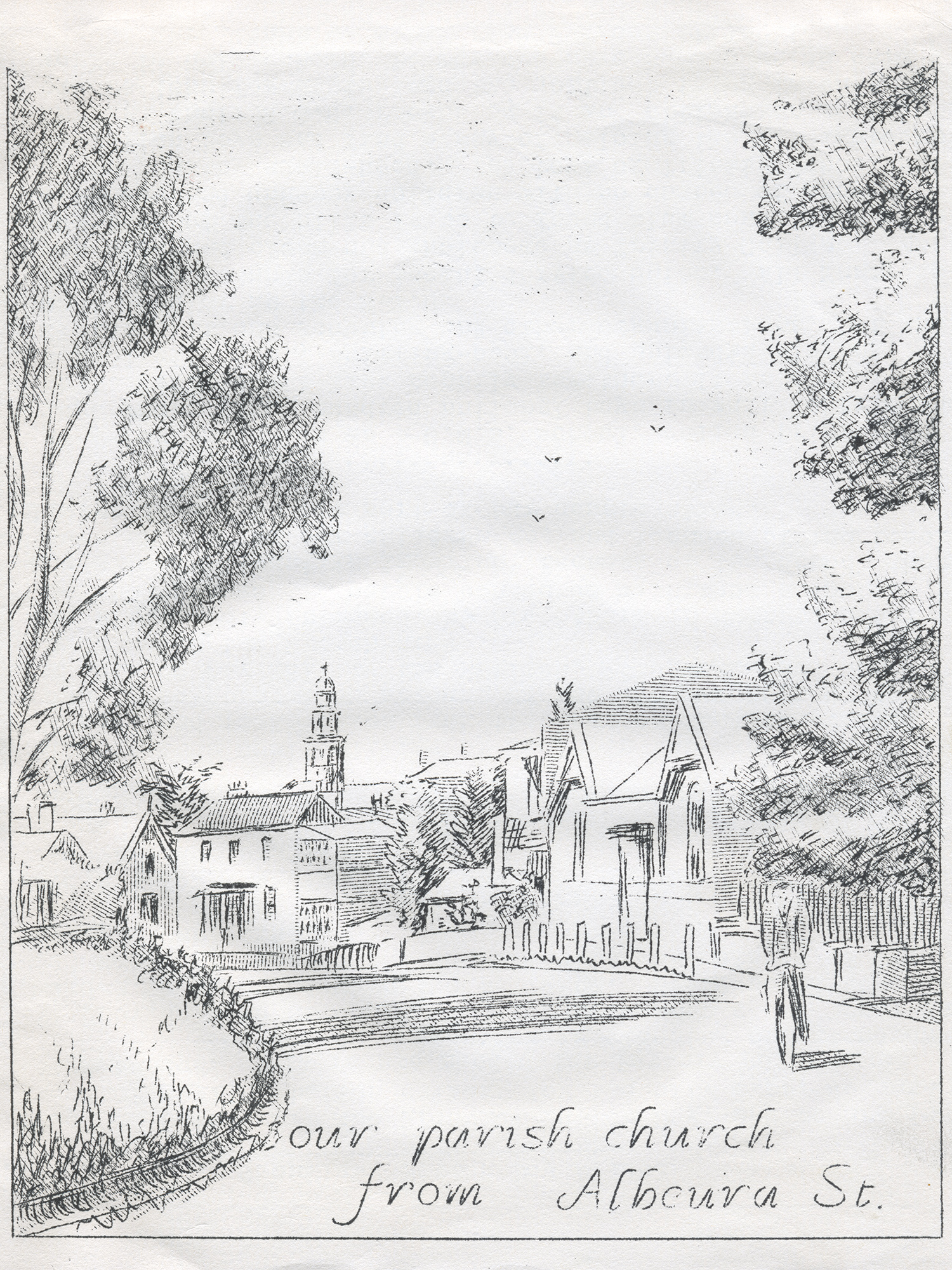 Back to stories
Virtual singing