This story is a series of reflections by John White, long-term resident of Battery Point and previous President of the Battery Point Progress Association. John has two other stories on the website: ‘Dead Man’s Hand on Battery Point!’ and ‘Potholes in South Street’.

My father bought the block on which our family home was situated in Clarke Avenue when the owners subdivided the farm around Secheron House in 1932. The land was offered to the Hobart City Council (HCC) for a park, but the HCC refused to buy the land.

My father spent his total savings as a deposit – 20 pounds! The cost of the building block was 100 pounds. He chose the block because there was a big eucalyptus tree on the foreshore. It was soon ringbarked because somebody wanted the firewood from it. The owners couldn’t sell the other blocks because there was a depression in Tasmania. They offered Dad three blocks on his original deposit. He spoke to his mother about the offer, but his mother said, ‘You are mad; you will lose everything!’

When my father went to the Hobart Savings Bank, where he had an account, the Manager said, ‘Were not lending money on that immoral ground.’ Courting couples would meet at the GPO and go walking around the foreshore before settling down in the bushes for a bit of ‘slap and tickle’! In the end, Dad managed to get a loan from the Agriculture Bank, the early Housing Department.

I was born in the Queen Alexandra Hospital in Hampden Road, Battery Point in 1942. My first memory was of blackout curtains on the windows due the fear of Japanese submarines coming up the Derwent River. Japanese aircraft flew over a Hobart from a submarine in 1942.

I went to preschool at the Lady Gowrie Child Centre in Runnymede Street. Most locals would not send the kids there. However, as an ALP MP, my father was encouraged to sent me there and a local conservative MP, Francis Foster, sent his daughter there as well. We used to get meals and had a sleep after lunch, ‘top and tailed’, on small beds (hessian stretched over a wrought iron frame). I learnt later that I was a slow eater. I still don’t like boiled silver beet or tripe!

I was sent with two other siblings to Mount Carmel College in Sandy Bay (where it still situated). We walked to catch a tram from the corner of Sandy Bay Road and Hampden Road. It cost a penny then. We tried to miss the tram that the Nuns were on. We could see them sitting together like penguins in the front section of the tram wearing elaborate habits and crucifixes.

We used to be teased by the kids who were at Albuera Street School. When my brother bought a strap of licorice with his penny, we couldn’t catch the tram up to Hampden Road. My elder sister would walk us home along Marieville Esplanade, past the macrocarpa trees, past the Sandy Bay Baths and up Napoleon Street Hill. The Derwent Sailing Squadron and Royal Yacht Club of Tasmania did not exist then.

When the Nuns decided the Grade Three boys were interested in the ‘girl’s toilets’, they let us go the Christian Brothers at St. Virgil’s College in Barrack Street. We walked to school, rain or sunshine. However, one thing you could not do was walk with a child from another religious denomination or a girl. If so, you were teased! Walking up Hampden Road to St Virgil’s College early in the morning from 1950 to 1958, I used to the see housewives in Hampden Road polishing the brass doorsteps in the their dressing gowns, still in hair curlers, fluffy slippers, calling out to one another.

At Mount Carmel, I was taught by some gentle nuns. The school population was about 60 pupils. At St Virgil’s, I was in a combined Grade 4/5 class of 90 boys. It was ‘look sideways’ and you got the strap. The Brothers all had straps about 50cms long and about 3cms thick. The school built an unheated swimming pool in about 1956. You were expected to swim and the Brothers and the boys swam together naked. 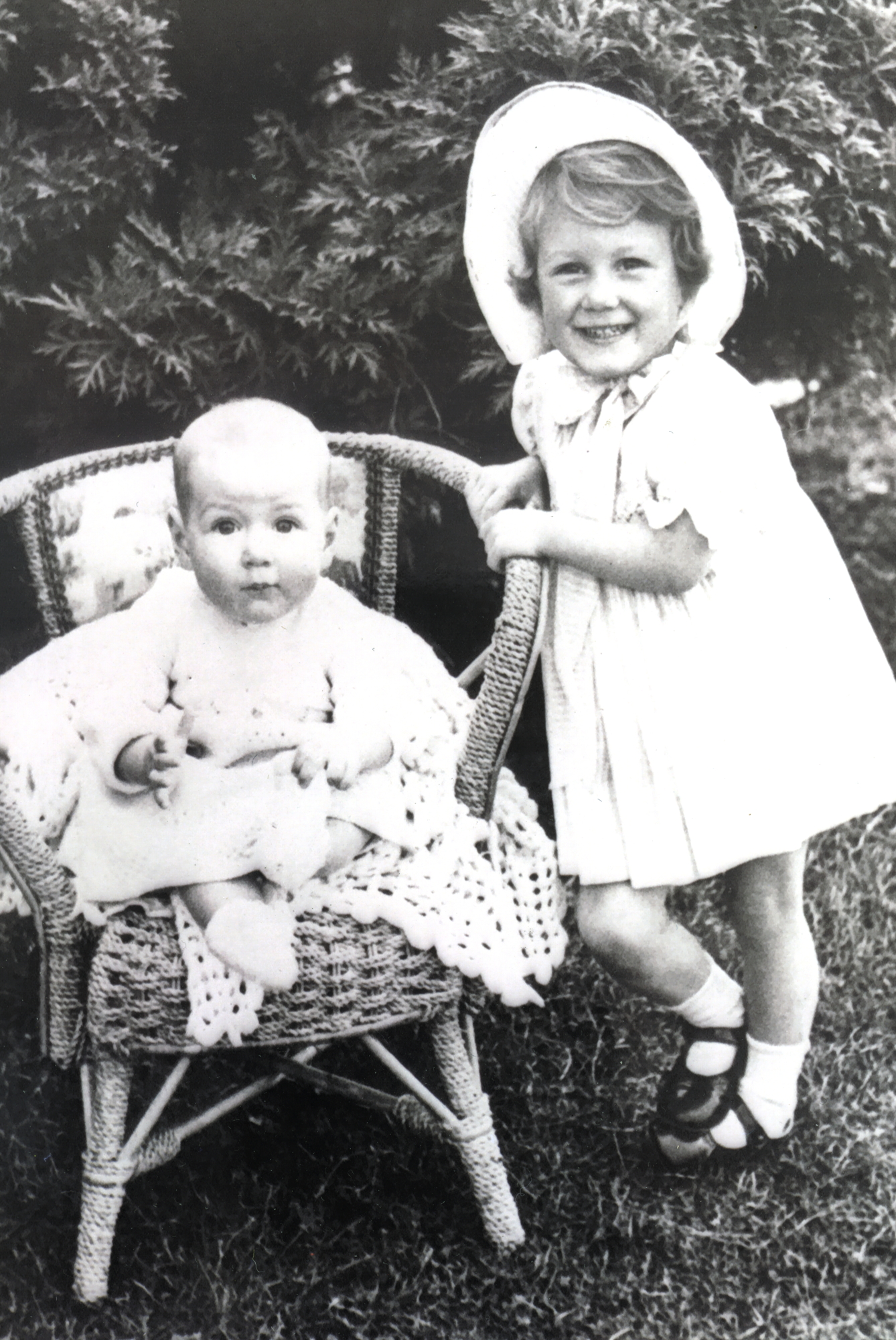 During my childhood, there were empty blocks of land on the foreshore in Clarke Avenue with dinghies left there, perfectly safely! Everyone knew who owned the dinghy and who could use it. That was before industrial pollution was publicised. During this time, the EZ Company was sued by an oyster farm in Mortimer Bay, which made those who ate the oysters sick.

On weekends, we were able to talk to everyone and safely roam around. We used to collect tadpoles from the bottom of Bath Street and Napoleon Street. However, our mothers had strict meals times and you couldn’t be late for meals.

Ocean Pier burned down in March 1948 with 5000 cases of apples (see the video from Libraries Tasmania at the end of this story). The apples washed up on the foreshore at Battery Point. As kids, we had apple fights, belting apples at unsuspecting other kids, especially girls. We liked to eat Granny Smiths; they tasted of smoke, but soon lost that taste.

We used to borrow a dinghy to go fishing or go under the wharves to look for bodies. We did not find any, but we were always looking for them! The wharves were mostly timber then. We would collect timber (jetson) and tow it home, then cut it with a crosscut saw for firewood. It used burn with a green flame.

We often played football or cricket in the streets, as there were very few cars in Battery Point. The slipyards were a magnet. We would walk around the foreshore, climb under the protection shell and look around, but were too frightened to do any damage for fear of retribution from our parents or Constable Yost, who was based at the Battery Point Police Station at 1 DeWitt Street.